The Extraordinary Focus of Christopher Columbus 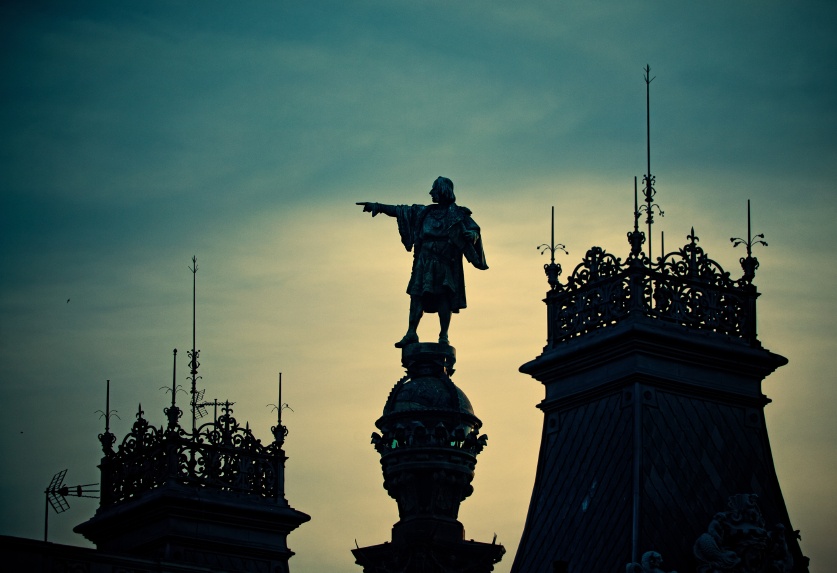 There are many myths, mysteries and controversies that surround Christopher Columbus and his voyage to the Americas. However, ONE Thing is certain – this explorer had a boatload of focus.

Columbus wasn’t the first person to believe the world was round, nor was he the first person to discover the Americas. But that wasn’t Columbus’ big goal. He believed he could be the first to chart a western course to Asia. People said it couldn’t be done – correctly predicting that Europe was much further away from the East Indies than Columbus proclaimed. Many believed and argued that the trip would be too long to survive. Columbus wasn’t swayed. His dedication to proving his theory, his ONE Thing, ultimately put a whole new continent on the map.

Would you spend six long years trying to get startup funds for your venture? If you have the focus and perseverance of Christopher Columbus, that’s exactly what you would do if that’s what it took to make your ONE Thing happen.

Columbus didn’t have the capital to make a westward trip on his own, but the European monarchies did. He pleaded with the leaders of Portugal, France and England to no avail. The problem was that like many other people, the royals didn’t think Columbus’ theory of sailing westward to Asia was possible. Despite years of trying and being told no, Columbus continued to petition monarchies, promising them land and fortunes. Finally his passion and perseverance paid off. King Ferdinand and Queen Isabella reluctantly agreed to fund the trip hoping that they would be able to spread their Spanish empire across the Atlantic.

Columbus knew that the voyage would be a long, difficult haul. He also understood that the rudimentary maps of the area west of Europe weren’t reliable. To keep track of the path of his ships amid so much uncertainty, he kept detailed logs of the course and distance traveled. He also used proven technology and new technology when selecting his ships to help ease the minds of his crew and provide more assurance they would be successful in making the trip. The Santa Maria was an older merchant ship that was slow but highly reliable. The Nina on the other hand was a totally new design called a caravel. Columbus was among the first to use a caravel, which proved to be ideal for voyages across the Atlantic. It was small, but what it lacked in size it made up for in strength, speed and agility.

Instead of letting uncertainty derail him, Columbus turned to technology to find solutions and make his ONE Thing possible.

For a captain, there is nothing more discouraging than losing the support of your crew. There were many doubters in Columbus’ day, and even his crew wasn’t without some concern when they set sail. As the weeks wore on, the sailors’ discontent and doubt began to grow. All the while Columbus didn’t waiver or lose his focus.

Things finally came to a head late in the voyage. Tired, hungry and ill, a group of sailors demanded that Columbus turn the ships around and head back to Spain. Instead of giving in, Columbus convinced the men to give him three more days. If they didn’t see land he would turn the ships around. On day three they all heard the cry from the crow’s nest. Land was just ahead.

He may not have discovered the Americas or actually created a route between Europe and Asia, but what he did accomplish was actually far greater. He brought the two hemispheres together and opened up a whole new continent for trade and exploration. Had Columbus not had the resilience to persevere against his doubters and an amazing focus on achieving his ONE Thing, history and life as we know it today would not be the same.