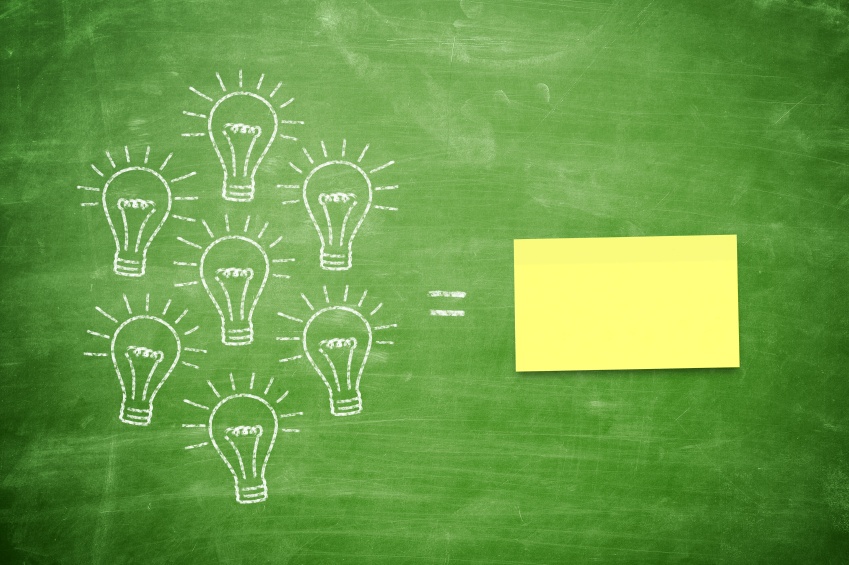 Keller Williams has some of the most successful agents on the planet, in part because they know how to organize their business for maximum productivity. A 2010 Office Depot poll found that this isn’t unique to real estate agents. In general 82 percent of people felt the more organized they were the better they performed in the workplace.

Luckily, organization isn’t an attribute that you are born with but rather a skill that can be learned. All you have to do is be consistent over the course of about 66 days to create habits that put you on a path to success. Here are six organization habits top agents teach their teams that you can learn from too.

They Keep Their Goals at the Forefront

Top agents understand that in order to accomplish big goals, they need to have organization habits that help them achieve those big goals. They are able to produce huge results, because everything is organized around their big goal. In other words, their organization is focused on their ONE Thing, which enables them to let go of the non-essential items that create clutter and derail them from a productive path.

They Surround Themselves with the Right People

No matter how productive and organized you are, it’s impossible to make big things happen all on your own. Top agents can sometimes have personalities that leave them unorganized. They understand this, so they make a point to surround themselves with other organized individuals that have the strengths and skills that they may lack. Then they delegate out tasks accordingly so that everyone is working towards the same goal and ramping up the productivity of everyone as a whole.

Daily time blocking is a habit discussed in detail in The ONE Thing. Time blocking is a way of focusing on your most important tasks by breaking them down into individual segments so that they get taken care of in succession. Each time block contains a single task and an allotted amount of time for completing it. Scheduling your most important tasks for the morning (when you’re the most productive) is one habit that top agents never break.

They Use the 80/20 Rule to Organize Their Priorities

They Implement a System for Following-Up

In real estate, as with many other industries and occupations, following up with leads and clients is crucial to the success of a business. Lack of organized communication costs agents significant, potential business. In fact, in a recent study showing just how essential having an organized approach to communication is, agents were found to have lost up to 75 percent of online leads because they took too long to follow up.

Many real estate teams now utilize Customer Relationship Management (CRM) systems that can be used to automatically follow up and keep leads organized. These highly organized systems also enable users to set tasks and reminders for when follow up needs to happen. No matter what tools they decide to use, top agents have a system for following up with contacts, and they stick to it.

They “Unitask” Instead of Multitask

We’ve discussed in detail how multitasking actually slows a person’s productivity down rather than speeds it up. Making matters worse is the fact that multitasking can lead to all-around subpar results. When we multitask, our brains just can’t think in an organized way. We end up expending a lot of energy by switching our focus back and forth. Top agents recognize this and make it a habit to do only ONE Thing at a time. Even though their cell phone is a vital part of their business, when something needs to get done they put all their focus on the task at hand and put the phone off to the side. The same goes for all the other distractors.

Ready to start creating good organization habits? Take The ONE Thing 66 Day Challenge to jumpstart your good habit-building and see results in just over two months!