The Gift of Being an Ebenezer Scrooge 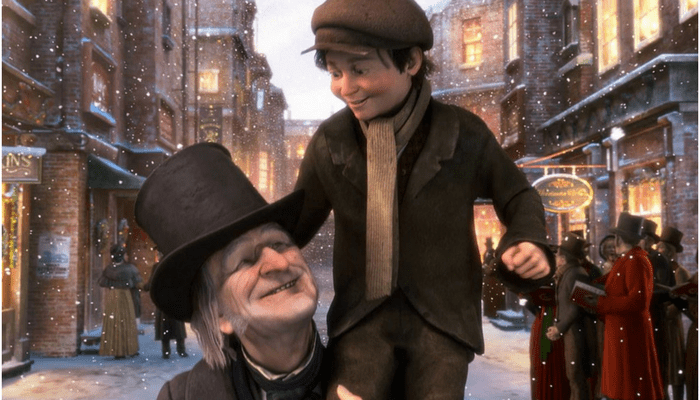 Charles Dickens’ A Christmas Carol is a holiday classic with more than one good life lesson to offer. It tells the tale of an old miser named Ebenezer Scrooge, who learns to soften his heart and adopt a spirit of good charity. But despite his change in character, his name has persisted to describe someone who is greedy, callous, selfish, or uncaring.

We remember how he chose work at the expense of family and friendship. Or how he kept Bob Cratchit away from his sick son on Christmas Eve. But that was the old Scrooge. Not the reborn Scrooge who offers us a number of valuable life lessons and lives as an example of kindness.

When Ebenezer Scrooge was faced with his own mortality, he made positive changes. For the benefit of himself and others, he realized that he was on a negative trajectory and set out to become a better version of himself for the future. This behavior, known by experts as the “Scrooge Effect”, is not unique to the Dickens’ character. In fact, researchers have tested it a couple of different ways over the years.

In one study, random participants who were walking on the street were asked to rank a series of charities on a scale from most important to least important. The catch? They were asked these questions in front of a clearly marked funeral home or three blocks away from one. After ranking the charities, the participants were told that $5 would be donated in their name to a charity of their choice for participating in the study. They were then asked about their attitudes towards these charities: how beneficial they were to society and how desirable the charity was to them personally.

The results are in alignment with Scrooge’s own experience. People who were stopped in front of the funeral home had acted with greater kindness and generosity than those who weren’t. With death looming over them, they found charities to be more beneficial to society, more desirable and more important overall.

In another study, participants were given $1.50 before the study began as “payment” for participation. They were then asked questions about either their own death or, in the case of the control group, about dental pain. While participants waited, they were handed brochures on different charities the university supported, and an envelope to donate if they wished to. The results showed that participants who thought about their own deaths were more inclined to contribute more to charitable causes.

Death, as it turns out, offers a good perspective.  As the study’s authors wrote, “Just as Ebenezer Scrooge responded to a dramatic confrontation with his mortality by helping his employees, their families, and other members of his communities, so too did participants.”

Taking our own mortality into account in the same vein as Scrooge can actually be a good thing. When we take stock of our accomplishments and what we want to do in the future, we have an immediate understanding of what is truly important in life. Our purpose becomes clear. As author Eric Barker in Barking Up the Wrong Tree comments:

“When you take a little time to think about death, you become more kind and generous to others. You put aside short-term goals for a moment and consider who you really want to be.”

As the holidays approach, take a moment to think like Scrooge did when he woke up from that fateful night. Are your goals set around what truly matters in your life? If this was your last day on Earth, would you be happy with what you’ve accomplished? If you feel that improvements could be made, you’re not alone. Use this newfound clarity to set goals that are in alignment with who you want to be. If you need help getting started, download our My Purpose workbook.

When faced with our own mortality we often want to both do and be better. Take the journey to determine how you can become the best possible version of yourself and let us know what you discover on our Facebook page!