The Importance of Learning to Learn 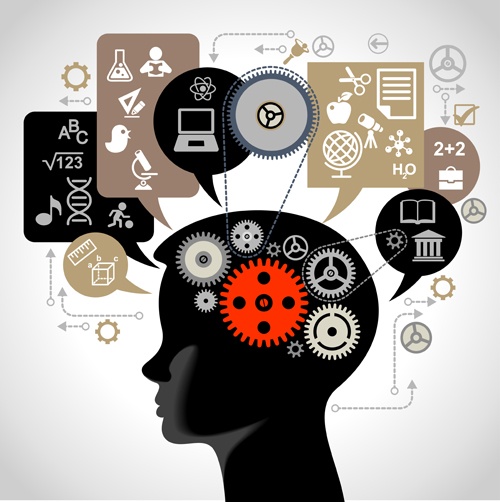 For all the learners out there, a hard truth is standing in the way of your educational progress. You see, the more you learn and the more skills you acquire, the harder it gets to learn more.

While practice will improve performance of a specific task, it also moves you into a different stage of learning where you’re simply doing – not thinking. That may sound like the ideal situation, as if you’ve mastered a skill, until you realize progress isn’t made in this later stage of learning. And there’s always room for improvement.

The Three Stages of Learning

Understanding how learning slows down and progress gets harder, helps explain why most people never progress beyond “good is good enough.” They get stuck at doing something the way they’ve already learned how to do it. In 1967, psychologists Paul Fitts and Michael Posner described this same process in terms of three stages:

Beginners really think about what they are trying to do in the cognitive stage. They observe and listen. They process instructions and make a lot of mistakes. But they also make significant progress.

The associative stage is less about “what to do” and more about “how to do it.” Learners still learn at a rapid pace, but not in leaps and bounds.

Finally, after extensive practice, you reach the autonomous stage where you can perform well with little or no thought. It’s when we reach Stage 3 that we begin to cease learning and are strictly doing.

If you’ve ever taught someone to drive a stick shift, you’ve observed this journey in white-knuckle detail. In the beginning it’s clutch-shift-clutch-gas… and lots of stalling and starting as the new driver gets a (cognitive) hang of the process. After a few lessons though, most quickly progress to a more relaxing driving experience with only the occasional hiccup when facing a new challenge (such as starting on an incline) where they have to put “two and two together” again (associative). And, finally, they reach a place (autonomous) where they just don’t have to think about it anymore. They’re shifting subconsciously almost – and learning next to nothing.

Tips to Keep Your Brain in Stage 1

As you can see, the most progress is made when we’re in the Stage 1 mindset of learning. So, how do we stay in this cognitive state and get back on the progress path?

4 Ways to Kick It Cognitive

It’s easy to go into autonomous auto-pilot. But in order to break automatic action and kick start progress you’ve got to go back to the first stage a learning from time to time.

What are some areas you’re going to bring it back to Stage 1 in this year?

← Top Interruptions at Work May Surprise You 66 Day Challenge: How to Use Your Energy to Your Advantage →