Why You Don’t Have Time for a Side-Hustle 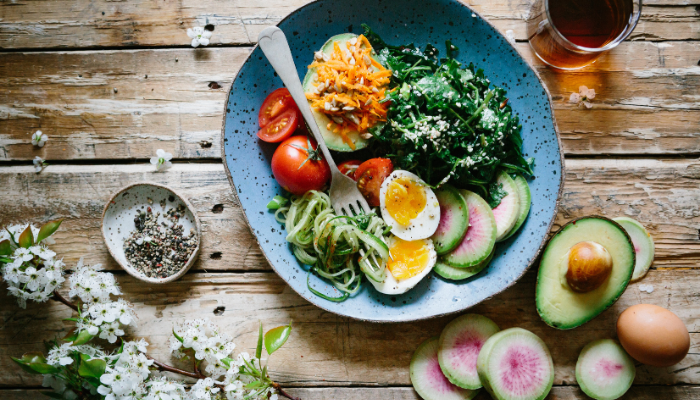 Buzzwords come and go, but there’s one that we feel has managed to over-stay its welcome the past few years: “side-hustle”.

From Gary Vaynerchuk to the countless social influencers tweeting and parroting similar thoughts, it’s nearly impossible to engage with any self-improvement media without seeing the term thrown around like confetti at a parade. And while a side-hustle isn’t always necessarily a bad thing (especially if it helps finance your ideal life), it isn’t a model everyone should implement on their path to success.

According to a 2016 McKinsey report, most people who engage in additional freelance work do it because they want to, not because they need to. That amounts to about 27 million people in the United States alone who have bought into what researchers are calling the “gig economy”.

Depending on whether you’re supplementing your income out of necessity or choice is going to greatly influence the way you look at your side-gig.

So what’s the deal? Aren’t two jobs one too many regardless? Shouldn’t that mean people work more hours in a day, not less?

There’s no way around it. When we add a commitment to our lives, we’re required to make time. That truth leads us to one of the glaring flaws of “side-hustle-culture”, and that’s the prevailing myth of: If you want to succeed, you have to do more. It’s the idea that if we don’t find more hours to devote to our passion, more willpower to get work done, and more motivation to work with, then we’ll continually find ourselves at the bottom of the food chain.

What a load of garbage.

Success isn’t about how much you do, it’s about what you do. It’s about taking control of our time so that we allocate the most productive hours of our day to our most important tasks. It’s about lining up tasks so the results of our actions feed into each other. It’s understanding that balance is a myth, and that true success occurs when we’re wholly focused on one thing at a time.

Buying into the myth of more causes us to cut corners.

According to one survey, 21 percent of those who have a side-hustle do that work during their primary job. (I guess that’s one way to feel more satisfied about the number of hours you’re working while working two jobs at once.) Other people said that they have to sacrifice meaningful time with their family, recreation, sleep, and other aspects of their lives in service of their side-hustle.

When we work in a way that ignores our priority, we end up hurting ourselves and capping our potential.

The most successful people in the world didn’t build their empires by continuing to split their focus between their “hustle” and their side-hustle. They’re smarter than that, and we should be, too.

Taking Stock of Our Time

According the Bureau of Labor and Statistics, in 2017 the average full-time worker divided up their typical workday day in the following way:

When it comes down to it, our primary jobs and sleep take up almost 71 percent of our weekdays. That doesn’t give us much to work with in terms of giving us the time we need to make our side-gig happen.

For a lot of people, their side-hustle represents a greater opportunity in their lives that will eventually enable them to achieve independence and wealth. We envision ourselves starting the next billion-dollar venture in our garages. But one of the things many successful people who made their side-hustles work have in common is that they focused on a new gig that aligned with their primary jobs.

Twitter started as a side-project by a podcasting company. Craig Newmark started Craigslist while working at IBM. Steve Wozniak and Steve Jobs worked with HP and Atari—in fact many of the ideas they took to Apple were a direct result of their work with those companies, including reinventing the way computers produce color.

When everything is in alignment, we are able to compound our results, meaning our actions build off of one another. In The ONE Thing we call this strategy the “Domino Effect.” If we lined up enough dominoes one after the other, each one larger than the other, by the 31st domino, you’d effectively create something large enough to knock over Mt. Everest.

Planning out our days to be productive and get our passion projects done along with our main job can be like lining up dominoes. If we make sure we are spending our hours in service of tasks that serve both goals, we can get more done in less time.

Think of it like this: You can either invest over 8 hours a day working on something that advances your professional and personal goals, or you can try and squeeze out the same results in the 3 flexible hours spent in leisure afterward.

Instead of trying to get everything done individually, divide tasks into categories. Then, once you’ve divvied everything up into categories, time block to focus on those tasks. Let’s say you’re a blog writer at work who aspires to be a novelist. There are a plethora of ways those two goals align and overlap. If your job pays for a writing workshop – use that opportunity to hone your blog skills and make connections with other people who may be aspiring writers. That way, you’re honing your craft and networking all in one go!

Our greatest opportunities should demand an unequal share of their time, but when we spend that time actually matters. Like dominoes, it compounds. And before we know it, we’ve lost countless hours that we could have spent relaxing and decompressing on pursuits we could’ve easily tackled during our regular 9 to 5.

Your Most Productive Hours

In the opening pages of The One Thing, we share an old Russian proverb:

“If you chase two rabbits, surely you will not catch either one.”

Our brains aren’t designed to do two things at once. And even if your side-hustle doesn’t require you to split your mind into two parts to get your work done, there’s still the issue with adding a new part of our lives that competes for valuable, finite resources.

When artificial light was introduced during the industrial revolution, it wasn’t uncommon for workers to find themselves working up to 100 hours a week. Obviously, that was a problem. It wasn’t until a labor movement began to reduce the working ours to 40 a week that people began rethinking the way we spend our time. In 1914, the Ford Motor Company was one of the first businesses in the United States to adopt a 40 hour work week, and to their surprise, they found that their worker’s productivity actually increased so significantly that the profit margins of the company doubled within two years of implementing the policy.

That’s because we experience diminishing returns on our focus and energy throughout the day.

One of the many reasons the workday falls between the hours of 8:00 and 5:00 is because it encompasses the time of day when we’re able to offer our peak performance. Once we spend all of the energy, drive, and motivation it takes to reach peak performance, we aren’t able to do it again until we recharge. It kind of makes working on anything important outside of those hours less-optimal, and in the case of working with heavy machinery, dangerous.

Everyone has a window within their day where they’re able to “get in the zone” and are able to put their best foot forward. If our side-hustle represents our greatest opportunity for growth, then it needs to be given a share of our time that will allow that opportunity to fully blossom.

So, instead of waiting until 9 at night to start doing market research on that new product you designed, maybe try spending extra time in the morning or on your lunch break looking for that information. While that may not always be the easiest, most feasible, or ideal – it allows you to utilize your most productive hours in a way that’s more effective.

Sticking to ONE Thing

When we have a clear sense of what our priority is, it makes identifying what needs to change and making those changes much easier. It provides confidence and clarity and gives us an opportunity to live the biggest life possible.

Sometimes, having a side-hustle comes as the result of not having a clear sense of what our big, long-term goals are. When we know what we want to eventually accomplish in our lives, those goals act as a hard-check against the other activities that fill up our schedules.

Kennon Sheldon, a professor of psychological sciences at the University of Missouri put it like this:

“People will be most successful in taking action to ‘become themselves’ if they are able to identify and commit to goals that are somehow consistent with their innate talents and implicit processes.”

That means taking time to figure out who we are, what we’re good at, what we’re already doing that falls in alignment, and what we want to eventually achieve.

Identifying our long-term goals aren’t always easy, and it requires a little bit of soul-searching into what our purpose is. To be honest, it’ll probably involve quite a bit of trial and error before you identify what you really want to accomplish—which can be part of the value of a side-hustle that isn’t actually in alignment. Testing waters here and there can be worth your time, as long as you come in with a plan that will help you draw a distinction between what’s constructive and what’s a distraction.

A good strategy to implement when testing out a new project or venture is to set a time-limit on how long we’re willing to invest our time into it. If we find ourselves continuing to chip away at the side-hustle without any real clarity on the opportunity presents—well, it might be time to cut bait and sail toward better waters.

Hey, if it turns out you’ve been chasing the wrong goal, don’t worry about it. It’s a common obstacle we face on our road toward living the fullest life possible. The important thing is making necessary changes once we’ve recognized our mistake!

← Revisiting the Myth that Big is Bad You're Burnt Out, Now What? →