The ONE Thing Reaches Extraordinary Results in Year ONE 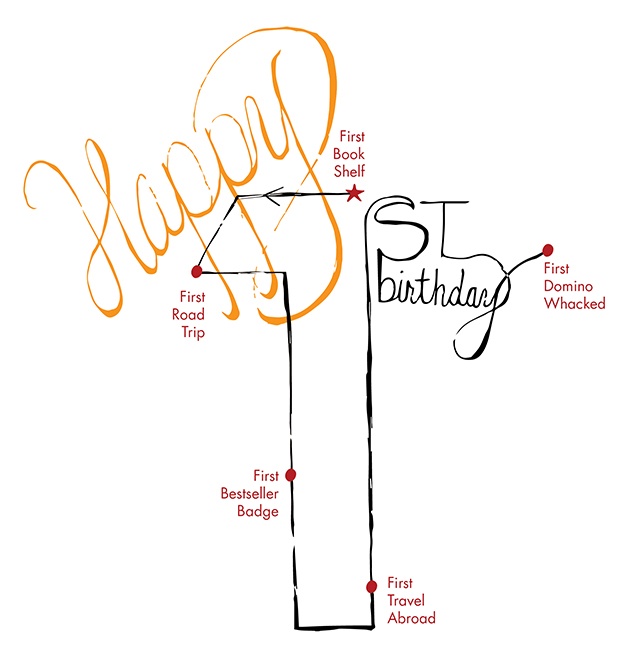 Happy Birthday!!! We are thrilled to celebrate the first year of The ONE Thing and all of its accomplishments! Congratulations to Authors Gary Keller and Jay Papasan, the entire ONE Thing team and you! Now, let’s take a look at some of our baby’s first steps!

With a quarter million copies in circulation in the United States and Canada, more than 25,000 sales of the UK edition, and translations published or planned in 23 languages, the book is well positioned to continue helping global readers focus on what’s most important in their lives.

“We are grateful to our readers and thrilled with the positive response to the book’s research and teachings,” Keller said. “Writing The ONE Thing was a labor of love and it’s immensely gratifying to see readers connecting with the material, identifying big goals and creating the habits to lead more productive, fulfilling lives.”

The ONE Thing has garnered high critical praise. Hudson Booksellers named it one of the Top 5 Business Interest Books of 2013 alongside such high-profile titles as Sheryl Sandberg’s Lean In and Malcolm Gladwell’s David and Goliath. According to BookScan, The ONE Thing was the third-highest selling business book of the year after Sandberg’s Lean In and Tom Rath’s StrengthsFinder 2.0. Executive Book Summaries named The ONE Thing one of its best business books for the year. And Inc. Magazine said it was one of the year’s five most inspirational business books. Keller and Papasan have been profiled by influential business publications including Forbes and Dave Ramsey’s EntreLeadership Review.

Readers are equally enthusiastic. Hundreds of Amazon reviewers have awarded The ONE Thing an average rating of 4.5 out of 5 stars. Keller and Papasan conducted a 30-city North American tour and have started incorporating the book’s teachings into a series of seminars (The ONE Thing Fundamentals) as well as business coaching and corporate training programs. The book has also inspired a popular podcast and blog.

“As authors, there’s nothing more satisfying than hearing your book is making a positive impact,” Papasan said. “We’re thrilled by the stories readers have shared of how they’ve identified their ONE Thing, eliminated distractions, and achieved greater results at work and at home as a result.”

Here’s a sampling of what readers like you are saying:

“The ONE Thing is a game changer for my personal and work world.”

“So many business books are long in word and short in applicability – not this one.”

“A must read for all who desire positive results in their lives.”

“I can’t remember a time when I have highlighted so much of any book.”

How will you keep The ONE Thing domino progression running in your life in year two? Share your ideas and best wishes #theONEthing.