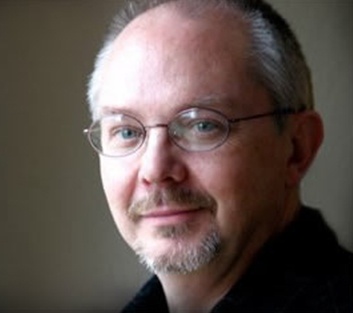 Our mentorship series continues today with some insight from William Paul Young, bestselling author of The Shack and Cross Roads, whose spiritual walk has led him from writing books for his children to building a readership of over 18 million people worldwide.

Paul’s career as a writer began when he penned a book about his perspective on God and healing as a present for his six children and a few friends. Following some encouragement and positive feedback, the book – now known as The Shack – was refined and sent off to major publishers. The manuscript was rejected.

With the help of a couple of friends, the book was self-published, and sold well over 3 million copies through a grassroots movement before being picked up by a major distributor – a feat for any author. Today the book has sold over 18 million copies worldwide, and is being transferred onto the big screen with Academy Award winning actor Forest Whitaker both starring in and directing the film adaptation. Paul has continued his career with his latest bestselling book Cross Roads, a story about a self-made man finding redemption through tragedy.

KellerINK Team: If someone asked you, “What is the ONE Thing I can do for my spiritual life such that by doing it everything else would be easier or unnecessary?” what advice would you give them?

Paul Young: The ONE Thing – it’s sort of the way I’ve been living my life for the last 10 years now – is to learn to live inside the grace of just one day.

I believe we get grace for one day. We have no clue if we are going to be here tomorrow. A truck could come across the road and take me out. This is where I live – today. This is where God is, and this is where I’m present. I can spend grace today, or I could spend it on something that doesn’t even exist yet – on future issues, where we create imaginations about everything that could go wrong in our lives. We are dragging things that don’t exist into the present, and we’re spending time on things that we bring from an unforeseen future into the present. In the presence of God, there’s a fullness of joy.

Paul Young: Control has been a real issue for me – well, not really. Control has been an expression of a journey I’ve had with trust. Trust was not really something I’ve given at all. My whole religious framework was learning how to please God, not trust in God. So pleasing God became my spirituality, not trusting God. Pleasing is all about you, so if you know your list of priorities, it becomes a substitute for trust – a much easier one. I’ve arrived at a point in my life where I’m done pleasing, and I’m now trusting.

KellerINK Team: In The ONE Thing we talk about how there is no room for “priorities” in our life, there is only room for one, singular priority. It sounds like you decided to ditch your list of “priorities” for your spiritual life and instead focused on the most important thing you could do for your relationship with God – trust him.

Paul Young: I don’t have any priorities; I don’t equip my life according to priorities. I have a relationship with my spirituality that is at the center of everything – expressions of my humanity, my work, play, watching football, cleaning the toilet. And the reality of being with the Father, the Son, and the Holy Spirit destroys the issue of priorities.

You don’t judge the efficacy of the process by the outcomes, because the process itself is transformative. Outcomes are not what justify the process.

KellerINK Team: What was the last book you read?

Paul Young: I’m always reading. The last one I read, I finished about twenty minutes ago. It’s called Beyond an Angry God by Steve McVey – it’s just a manuscript at this point. The last published book I read was called Notes From The Tilt-A-Whirl: Wide-Eyed Wonder in God’s Spoken World by N.D. Wilson. It’s a great little book, it was really cool. I’ve got a bunch of books that I just read and a bunch more to dive into.

Paul Young: It depends on what I’m thinking about at the moment. In my top five is George MacDonald’s Creation in Christ: Unspoken Sermons. MacDonald is the one that led C.S. Lewis to Christ, and Lewis said that there was nothing he ever wrote that did not have George MacDonald embedded in it. [MacDonald] had these sermons he wrote that he did not believe anyone would read because he never had time to preach them. They are the most beautiful, thoughtful pieces you’ll ever read.

KellerINK Team: What’s the best part of your job as a writer?

Paul Young: It would be the way the Holy Spirit allows you to participate inside the stories of others. You get to hear how things that you’ve created have helped others, and how the Holy Spirit weaves it into other people’s experiences and stories. Often in ways that you never intended, it’s amazing – amazing.