The Path to a Spiritual Health Mentor 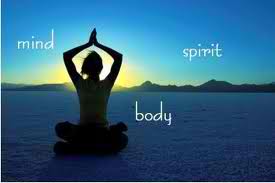 This month we’re moving our mentor attention from the physical to the spiritual. While the rewards may not seem as tangible, gains in your spiritual health have profound effects on all facets of your life. And that’s not news.

We humans have sought guidance from spiritual leaders – the courageous individuals that put the greater good before themselves – for centuries. So, what is it that makes a leader when it comes to the spiritual realm?

What Does Spiritual Mean?

When it comes to the more philosophical factors of life, like spirituality, they can be difficult to define. Each individual attaches their own meaning to these factors based on beliefs and personal experience.

While religion and spirituality are inherently intertwined, they are not one and the same. Religion refers to a structured system of belief based on a deity, whereas spirituality has no parameters. Spirituality refers more to how one conducts themself and a state of being in relation to spiritual beliefs. It has more to do with a person’s values and principles.

With this in mind, we are open to a wide range of possibilities when finding a spiritual health mentor.

History has provided us with spiritual mentors from all walks of life. Despite their differences, their messages of living an honest, good life and helping our fellow man all ring true. See if you can find other similarities among the group.

His philosophies on living everyday based on moral values transcend time and culture. It is the common-sense approach of decency and caring towards all others that made Confucius a respected leader during his lifetime. Though his teachings seem simple on the surface, they speak volumes about living a good, purposeful life.

Socrates was one of the earliest philosophers in history, and was a huge influence on other great minds such as his student Plato. His teachings centered on ethics, creating a new movement in Western philosophy. He opposed materialistic thinkers and instead preached that people should be concerned with the welfare of their souls.

The philosopher and reformer showed real courage in taking action against the brutality and corruption of his church. Despite the dangers he faced, he never wavered in his teachings that the common man has an important role to play in the church and that church leaders should be spiritual mentors rather than governing powers.

Martin Luther King, Jr. was another spiritual leader that didn’t back down in the face of adversity. Death threats, assassination attempts and being jailed didn’t sway Dr. King from his preaching of peace and equality for all people. He was a symbol of hope and courage to those fighting for Civil Rights in America during the 1960s – and still is today.

She was small in stature, but Mother Teresa had a huge heart. Her dedication to humanitarian work brought attention to the Missionaries of Charity, which she founded to bring aid to the most impoverished people in the world.

The idea of inner peace and reflection was the basis of Maharishi Mahesh Yogi’s life work. The spiritual leader is best known for founding the Transcendental Meditation technique and for his message of hope.

St. Francis of Assisi began his manhood as a knight, but ended up living to serve the poor and needy. His literary work is as highly regarded today as it was during his lifetime. St. Francis of Assisi was so committed to the life of simplicity, poverty and humility that he was often barefoot and devoid of all luxuries he had known in his youth.

Desmond Tutu is an activist who is said to have given a voice to the voiceless in South Africa during apartheid. To this day he travels the world giving lectures and writing about how we can overcome discrimination, racism and hate.

Also known as “Mother,”Mata Amritanandamayi is an example of the power of unconditional love. Like Mother Teresa, she is one of the most active and influential humanitarians in the world. Her deep spirituality and spiritual practices have inspired others to follow her in denouncing a false sense of ego and embracing the Divine.

These are but a handful of the world’s most influential spiritual leaders. What commonalities did you find among them, and how do these traits appear in your spiritual health mentor? Share your thoughts with us on Facebook.