Unwritten Rules of Business that Have Overstayed their Welcome 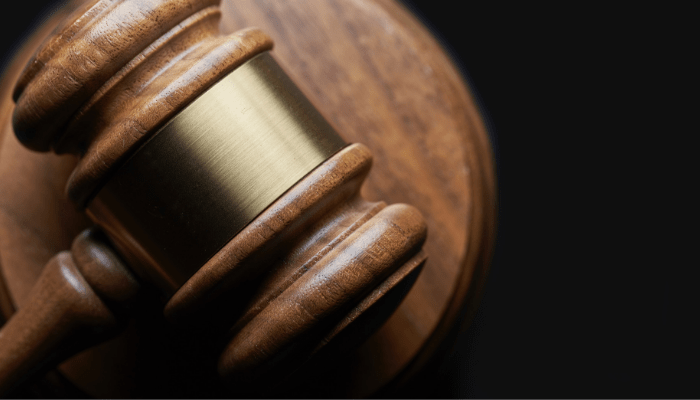 There’s a whole lot of unwritten rules in the business world. More or less, they’re guidelines for etiquette that dictate what we can and can’t do. Some are good, some are bad, and some have overstayed their welcome.

Unwritten rules are changing all the time. Think about sports. In the 80’s the penalty for a batter watching their ball fly out of the park was having a pitcher throw his best fastball  into your ribs. Today, while some still hold to the rule, there are generally no consequences for admiring your own work. The same thing goes with social rules like conversations around politics and religion, tipping, and extending favors. For ages there were unwritten rules surrounding each of those topics. However, it’s fair to say that all of our Facebook feeds are littered with conversations and thoughts broaching into those untouchable topics.

When it comes to business, it just so happens there are a number of rules that continue to linger despite their negative impact on our productivity, psyche, and in general, our lives. To help speed up the process, here’s a list of a few we hope you’ll make a conscious effort to break as you tackle your One Thing.

Statements like these are the epitome of a terrible workplace culture. Like Clark Griswold’s boss found out in Christmas Vacation when he gave his employees memberships to a “Jelly of the Month Club” instead of their usual Christmas bonuses, business is always personal.

One too many businessmen and women rely on old adages like these to separate their actions from their consequences. The truth is that when business is involved, so are the livelihoods, families, goals and aspirations of others.

Instead of viewing our worlds as two separate entities, the “professional” world and the “personal” world, here at The One Thing, we take special care to acknowledge that the two are closely knit together. For example, when filling out our 411s (an accountability tool we use to track the goals of everyone on the team), we set our personal goals right beside our professional. We hold weekly meetings where we hold each other accountable to our goals, and have found that if the personal side of our lives aren’t being tended to, that’s typically a good sign that our professional goals aren’t being taken care of either. Their success is intertwined.

Embracing the personal affects of business is not only important internally, but also externally. Especially when handling anything related to clients.

On their first job out of college, one of our teammates recalled a time when a potential business partner replied to a group email, attacking a client’s intelligence and business acumen. He thought he was only replying to his coworkers. However, the client was tagged in the email, too.  Up until this point, the client had only had pleasant experiences with this partner. But when the truth came out, it cost the business a good customer and it tarnished their reputation.

It’s easy to believe the business lost that client because of an unfortunate mishap. However, they lost the business long before that. When we don’t embrace the personal end of business, incidents like these and their resulting consequences are inevitable. It’s just a matter of time.

When dealing with business partners, employees, clients — people — the best policy is to be empathetic to not only what you can see, but also to what you can’t.

Don’t socialize while on the clock.

Unless you’re a complete introvert, you’re going to make friends at work. And it might surprise readers to learn that engaging in friendships in the workplace is actually a leading indicator for engagement.

In 2018, Gallup released the results from their latest employee engagement survey and found that only 34% of the workforce in the United States is engaged in their work. As if that isn’t concerning enough, 13% still remained actively disengaged, which means they’re intentionally working against the interests of their employer.

Surprisingly, what we find most interesting about their survey (despite engagement being on the rise) is the question they use to gauge whether or not an employee is engaged: Do you have a best friend at work?

You see, when employees have friends in the workplace, they have a support network to help them through the good, the bad, and the stressful times that can pop up during a work day. We spend more time at work than anywhere else, so it’s important to feel like someone has our back there. CEO Jason Nazar agrees, explaining “One of the most important things to have in the workplace is a close relationship. So very often the largest source of stress for people is a boss, co-worker or the day-to-day pressures of work.”

In addition, it’s likely workplace friends have conversations about work both in and outside of the office. These conversations keep their heads in the game and provide further incentive to do their jobs well. If an employee succeeds, it means the team succeeds, which in turn means their friends also succeed.

You should respond to emails immediately.

It’s time to face the facts. While it has its place, email is an inferior, unscalable, passive form of communication.

While some might read this and believe that’s totally reasonable, the truth is that there are some logistical restraints to keeping up those kinds of habits and still maintaining a productive day.

The typical email thread they found was 4.5 messages long. That means for every email we receive and respond to, we set off a chain reaction of distractions throughout the day. For example, if we receive a message at 8:00 in the morning, for the typical person, that means their email habits will potentially pull them off task at 8:47, 9:34, 10:21, and 11:08.

And before you go there, the amount of time we spend responding to these emails isn’t the only issue. The distractions are just as damning. Like we’ve talked about in the past, every time we get pulled out of our flow of work, it takes as much as 25 minutes to pull ourselves back on track. That’s a lot of wasted time throughout the day.

By changing our philosophy around emails, we can save ourselves a lot of wasted time, frustration and energy. Prioritize your emails and batch your responses periodically throughout the day. If it looks like a particular email is going to command a lengthy and timely response, look to leverage other forms of communication like a short phone call or a scheduled meeting where you can dictate the amount of time a conversation is going to take away from your day.

There are a lot of companies out there touting a culture that promotes “work/life balance”. Instead of focusing on the fact that achieving such a balance is a myth, we’re going to focus on a byproduct of the philosophy: finding ways to replace life with work.  Many buzz worthy companies have their employees work crazy hours. And they get away with it because there are fully stocked cafeterias, ping-pong tables, nap rooms and beds stored under their desks. It’s incredibly unhealthy and ubiquitous in the tech industry. And as the value of those companies continue to rise, companies outside of that industry have done their best to emulate their workplace experience.

According to the Bureau of Labor Statistics, the average American works 8.8 hours daily but is really only productive for three hours. Like we talk about in The ONE Thing, once we work through our most productive hours, our energy and focus slowly fades. Once all of our motivation and willpower is used up, the likelihood of making mistakes increases and the quality of our work diminishes.

Businesses improve for the better when they take the time to understand not only how people are working but also how they manage their time. Sure it sounds cool, in theory, to have a napping pod and shower at work. But why are these things necessary if we encourage people to time block the time they need to both work and play? Instead of encouraging life to happen in the office, we should be encouraging people to be productive in their work hours and venture out of the work place for the rest.

Don’t keep all your eggs in one basket.

The idea that success comes from going wide instead of deep is a red herring.

Looking at ultra-valuable companies like Amazon, Apple, and Google gives a false impression about the origins of successful businesses. While these companies and many others like them offer a wide array of products to an incredibly diverse client base, their beginnings were much simpler and were often focused on providing just one thing to a niche audience.

Amazon sold books to web users. Apple sold computers to hobbyists. Google began as a possible topic for a dissertation.

Businesses and brands alike can accomplish great things when they focus on breaking through a specific and targeted market. Think of this as a similar path as Goal Setting to the Now. When we break big goals down into smaller, digestible steps, we are best able to achieve our greatest potential. Businesses like Amazon may have their sight on world domination, but when Jeff Bezos launched it in 1994, he started with a list of twenty things he thought might sell online and then narrowed it further to simply focus on selling books. We can apply this same approach to our own lives. By narrowing our focus to the big goal that we most want to accomplish, we can drill down to focus on what matters most in the present. Each accomplishment allows us to get closer to extraordinary success with our most important thing.