Why Grit Counts: Win the Marathon, Not the Sprint 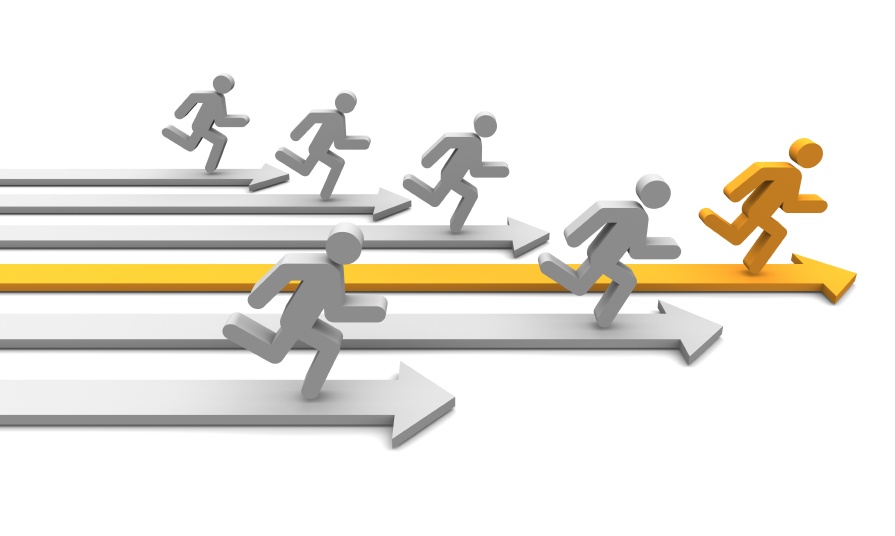 You can have a high IQ, but it won’t guarantee success. You can graduate from one of the top Ivy League schools, but you may not achieve great things. You can have raw talent, but that doesn’t guarantee you’ll live up to its potential.

The one thing that does matter above just about everything else – grit.

Why Grit Makes a Difference

Research shows that one personal quality shared by the most prominent leaders in every field is grit. It’s the ability to work through challenges, sustain effort and maintain interest over many years despite adversity, setbacks and failure. Grit is the determination that is almost a required credential for above-average achievement.

Most people aren’t prodigies. To become successful most people have to work diligently over a long period of time. Determined individuals approach achievement as if it’s a marathon. Not only do they doggedly pursue a particular target in the long-term, but the continuously knock over progressive dominoes along the way. And, they stay the course no matter what.

And, the theory that grit actually overrides other seemingly essential attributes is not new. It goes back more than 120 years. In the 1890s, Sir Francis Galton studied success and concluded “ability alone did not bring about success in any field.” He found rather that success stemmed from “ability combined with zeal and with capacity for hard labour.”

Today, University of Pennsylvania professor, Angela L. Duckworth is following up on Galton’s work. She made grit the centerpiece of her research into high achievement. “Our hypothesis that grit is essential to high achievement evolved during interviews with professionals in investment banking, painting, journalism, academia, medicine and law,” said Duckworth. “When asked what quality distinguishes star performers in their respective fields, these individuals cited grit.”

She went on to note that many respondents were awed by the achievements of peers who did not at first appear to be as gifted as others, but their commitment to their ambitions was exceptional. The same group noted how numerous “gifted” peers never made it.

Grit matters because extraordinary success takes time. In Duckworth’s research grit or “follow-through” was a better predictor for college leadership over SAT scores, high school rank and all other variables. It was also the single most powerful predictor of success in science, art, sports, communications and organization.

Grit mattered 120 years ago, and it matters now.

Despite the fact that the holidays are a time for rejoicing, it can also be very stressful with a lot of things piling up at once. If ever there’s a time when grit is needed, it’s during the month of December. Sustaining and applying your talents throughout the holiday season will prove to keep you on track professionally and personally.

Getting Stressed Out – Grit Over It

During the holidays you’ll be pulled in a lot of directions: looming deadlines pile up and your plate gets overly full fast. Stress factors that are manageable on a regular day can compact and push some people to the breaking point in December.

Instead of letting it get the best of you, take time for yourself to reset and regain your focus. Even if you’re schedule is already full, putting aside time for stress release is important in making the rest of your day more productive. People with grit understand that setbacks like stress aren’t the end all be all. They’re just a bump in the road. Whether it’s meditation or going to the golf range, figure out what your de-stressor is and use that as a tool.

Getting Emotional – Grit Over It

Emotions can run high during the holidays and even cloud judgment and derail focus. Instead of using that extra holiday energy to feed your emotions, set up charitable work for your company. Use what you’re feeling whether positive or negative and harness it into a project that can help your business, family and others during the holidays.

Getting Distracted – Grit Over It

Grit is all about focused application of talents. It’s the ability to channel all your energy to your ONE Thing. During the rest of the year this is much easier, but during the holidays there are a lot of distractions and more personal priorities that can override the professional ones.

Keep your focus on the long term when it comes to your career and work, and let the family priorities take front seat in the short term. Factor in time for your ONE Thing, but lighten your workload so there’s time for everything else. That way holiday events aren’t a distraction they are part of your schedule.