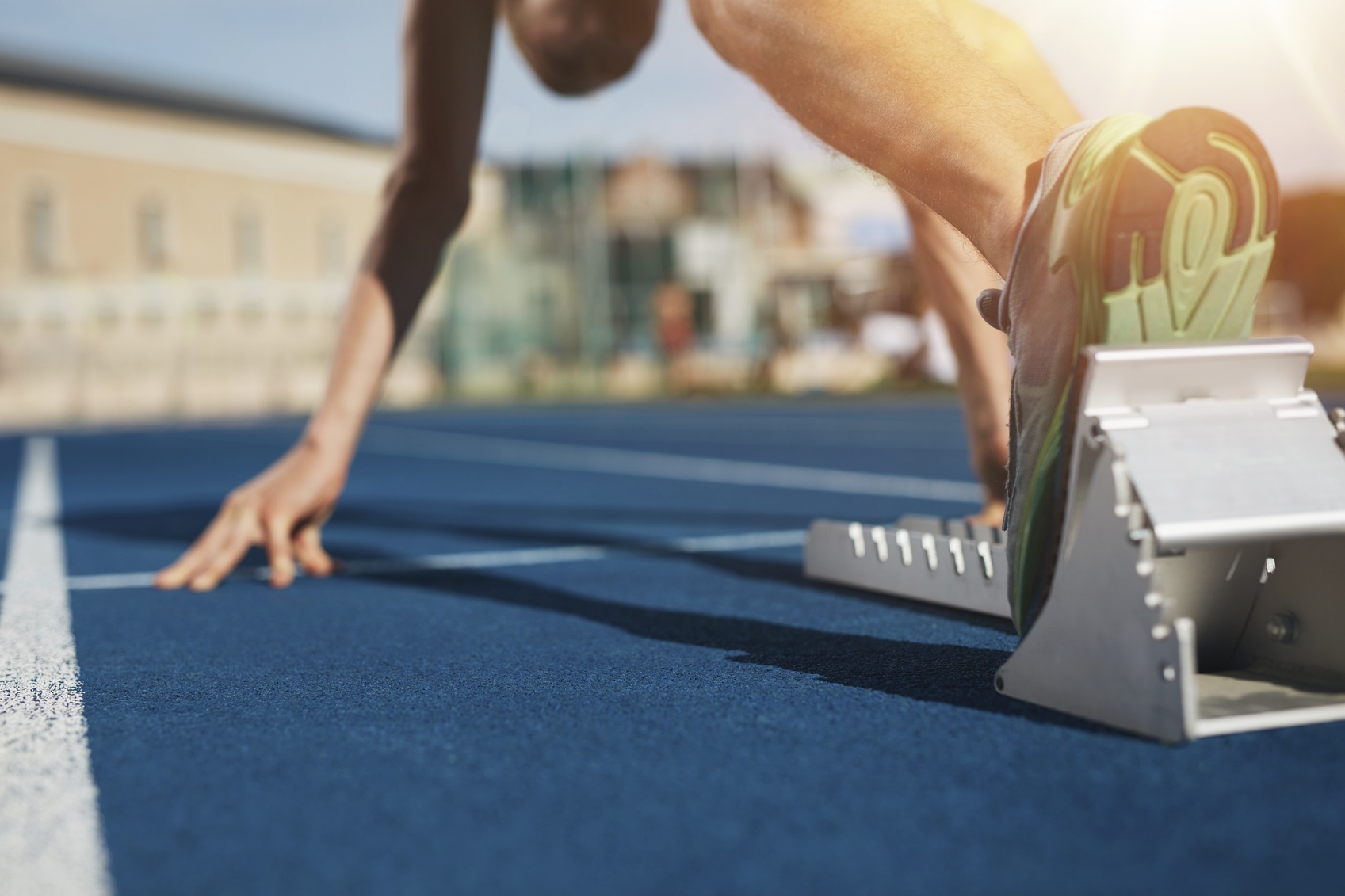 Olympians are elite athletes that have achieved the pinnacle of success in their sport. An interesting study of Olympic athletes found that all of them used goal setting to improve their performance and ultimately reach the world stage.

These athletic superstars don’t possess a secret surplus of willpower. Like the rest of us, achieving success means taking it ONE Thing at a time and making the commitment to put in thousands of hours of work. Along the way Olympians have also picked up a few goal-setting tactics that they use to boost their chances of taking home the gold.

Fortunately,all of us physically average humans can use their hard earned knowledge for our own gain.

Blink and you may miss Usain Bolt as he flashes by on his way to the finish line. The aptly named Bolt is considered to be the fastest man on the planet, but he didn’t always hold that prestigious title.

After the 2012 Olympics games, where Bolt won three gold medals, he told ITV News that, “you’ve got to set goals in life . . . I try to set the highest standard that I can for myself.” Bolt isn’t afraid to go after the biggest goals possible, and you shouldn’t be either. In fact, if you want to get on the right track to achieve them, take the first step by downloading and using our long-term goal sheet.

If you follow the ONE Thing blog you may recall a past discussion about why saying yes to a goal means saying no to many other things. There are so many distractions vying for your attention, but you can’t let it derail your focus.

In a recent interview with The Muse, Olympic swimmer Jessica Hardy noted that you have to be in the present and not let distractions get in the way. Saying yes to things that aren’t related to your biggest goal and trying to multitask will only increase the potential for setbacks. Putting on blinkers and keeping your eyes on the prize is the name of the game.

Work Toward Your ONE Thing Every Day

Most Olympians are known for dedicating all of their time and energy to their ONE Thing. It’s not something that they pursue for a while then set aside and pick up later. They continually work toward their goal every day.

Famed Olympic gymnast Shannon Miller offered other athletes this piece of advice, “. . . you have to set those short-term goals. Think about what you can do each and every day to make that long-range goal happen.” This advice holds true for anyone going after a big goal. Huge success doesn’t happen overnight. It takes a substantial amount of time, energy and effort to get there. Creating short-term goals and realizing small successes along the way to your ONE Thing will keep motivation high so you can persevere when times get tough. And if you struggle with knocking your ONE Thing out of the park every day, consider watching this training video to help you get where you need to be.

It’s not uncommon to hear Olympians say that they envisioned their win before it happened. Visualization is a tactic used by Olympic athletes to get in the right mindset before they perform. This makes total sense when you consider that they are up against competitors that are typically just as physically talented as they are. Who ultimately takes home a medal often comes down to the mental game.

Kerri Walsh, Misty May-Treanor and Michael Phelps are among the many Olympians that have said keeping a positive mindset and visualizing success was what gave them the edge to win. Studies have also been conducted that back up their personal observations. Positive visualization trains the brain and in return helps improve motor skills and confidence. This mental rehearsal is just as important as any practice session.

You may not be a record holding weightlifter, but positive self-talk and visualization is an effective way to give you a boost as you become a contender in your own field.

Going it alone will make reaching big goals exponentially harder. Have you ever seen an Olympic athlete that didn’t have a coach? Have you ever heard an interview in which a gold medalist failed to thank their coaches, teammates and family?

Olympians seek out a support system because they understand how it significantly improves their odds of success. Coaches are there to give them constructive criticism so they know what to focus on to realize their greatest improvements. Teammates know exactly what they are going through and provide reassurance. Family members offer support when nothing seems to be going right. And they are all there to help celebrate victories, making success that much sweeter.

When you make a commitment to reach a big goal, take the first step by finding accountability partners and mentors that can provide encouragement and direction. Share your goals with them and make them a part of the process. The right support system will make everything else easier along the way and more enjoyable when you finally realize your biggest goal.

Have you heard of other goal-setting tricks used by Olympic athletes? Share them with the team on The ONE Thing Facebook page or in the comments section below.