A Surefire Plan That Will Bring Everyone Together This Thanksgiving 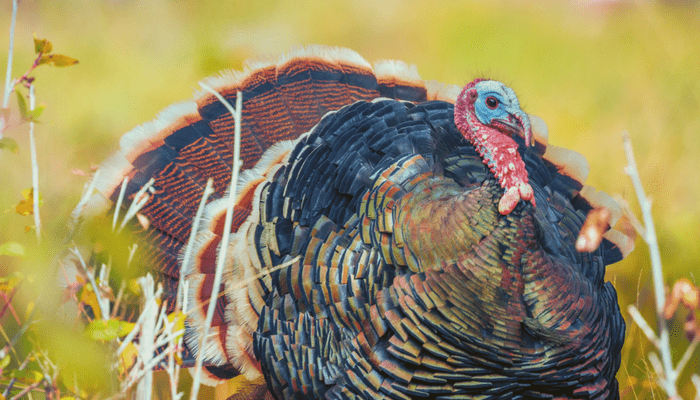 With over 44 million turkeys flying off the shelves in November, it’s sometimes hard to believe that Thanksgiving is about anything other than gorging yourself, putting on the pounds, and regretting it the next day. But there was a time—a simpler time—when it was all about the people who shared the table with you and not necessarily about who could plow through more stuffing and win the right to chug the gravy boat.

Thanksgiving is still all of that and more. With 48.7 million Americans estimated to have traveled home for the holiday last year, it still remains one of the busiest times of year for family members. Like a Norman Rockwell painting, nothing calls the family and those who feel like family together quicker than a dinner bell. Making the most of those moments around the day is made simpler when you make it your ONE Thing, too.

Using the ONE Thing to Build Personal Relationships this Thanksgiving

If you’ve read The One Thing, you’re probably familiar with the seven areas of your life that make you whole. In a sense they’re buckets that, if they aren’t filled, they’re waiting to be. Personal relationships are an important category to pay attention to – and one that pays dividends in other areas if you invest in them the right way. Family members are an easy subcategory of this bucket to focus on—because they often mean more than the other relationships in your life.

However, Thanksgiving can be a stressful on our most important relationships. More often than not, when things get hot around the kitchen, we can find ourselves bickering back and forth—opening up new and old feelings toward one another. There’s no way we can prevent this from happening, but by focusing on the three action items below, we’re sure that you’ll put yourself in a better position to improve the quality and depth of the relationships you treasure most this Thanksgiving Day.

It’s not just important to fill your table with food—you have to fill it with people as well. When we’re hosting, we can sometimes be a little protective over our invite lists. But really, when it comes to our personal relationships, that doesn’t always make much sense.

Whether you’re second guessing inviting your third cousin, or that guy who just moved into town, Thanksgiving is a time to get to know people better—and that doesn’t happen without an invite.

A limiting belief surrounding who gets a seat at the dinner table is the amount of food that needs to be prepared. But more often than not, we make more than enough food on Thanksgiving and spend weeks scavenging the leftovers. And really, having to make more food isn’t that expensive of an endeavor. According to the American Farm Bureau Association, the average cost of a Thanksgiving Day Dinner for 10 people last year was just $49.87.

Part of the joy of being around your family and friends on thanksgiving is getting to spend quality time with them. Instead of grabbing a drink and watching the Lions play the Cowboys, try going outside and tossing around the old pigskin. Take a trip to the park while the turkey is sitting in the oven. Or gather into teams and battle through a few games of Pictionary.

Whatever activities you plan, make sure they’re engaging, fun, and designed to keep you away from snacking before and after your Thanksgiving meal.

3. Give Thanks to One Another

Giving thanks is a big part of the holiday. With parades, turkeys, football, family, friends, and food, it’s no wonder that it’s something that is often overlooked.

The best way to not let it trail away in background is to be purposeful about it. This Thanksgiving, make a point to tell those you care about how thankful you are for them and what they do. Opening up and expressing how important the relationships in your life mean to you can go a long way toward strengthening them. It’s not uncommon for families to undergo this exercise just before dishing out the goods. While everyone’s at the table, ask everyone to go one-by-one and say one thing or person they’re thankful for and why.

Don’t leave anything left unsaid—lay it all out on the table and divulge in the holiday spirit!

The more we apply our focus, the greater our efforts become, and the greater the reward we receive. This is true no matter where we apply our focus—including the holiday season. If you have a thanksgiving tradition that helps build up the personal relationships in your life, please share it with the ONE Thing Community on Facebook!