Awaken Your Spiritual Life by Making a Commitment to Give More 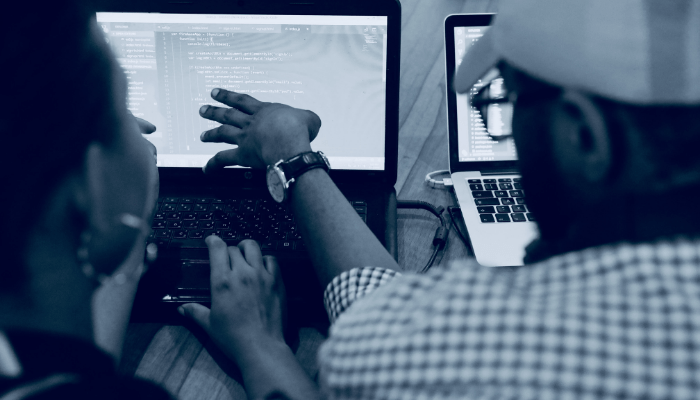 It feels good to give back and lift the people around us up. When we give, we’re reminded that we have the power to do good. More than that, it provides us with crucial moments of vulnerability that allow compassion to take over and lift our spirits.

In The ONE Thing, we explain how a person’s one thing isn’t just one thing—it’s one thing at a time. By taking a hard look at your life, you’ll find that there are seven areas where your one thing can be applied—and your spiritual life is one of them.  We don’t spend a whole lot of time focusing on the spiritual bucket on this website. We tend to apply more focus on our personal relationships, businesses, jobs, finances, and physical health. But the truth is, that a person’s spiritual life is one that spills into each of the other buckets of our lives. And that makes it one of the most important areas of our life–if not the most important. (We listed it as the first bucket in the book for a reason.)

There’s a ton of research out there on what makes up a healthy spiritual life—and giving is often listed as one of its fundamental pillars—right up there with personal beliefs, prayer or self-talk. So if you ever get to the point where it feels like your spirit is lacking, one of the best things you can do to right your ship is to start giving. Like lifting weights to make our muscles stronger, giving makes us mentally, physically, and spiritually fit.

Our spiritual life holds an incredible influence over how we tackle everyday problems. When everything’s right at home, we feel free to go out in the world without limitations. When we feel off-kilter, our problems seem to compound and cause us to dwell on victim hood and shy away from accountability. That’s why if you’ve ever heard him speak on the subject, The ONE Thing author Gary Keller often says “Fix the man and the world falls into place.”

Let’s dive in to a few of the ways the spiritual exercise of giving spills into other areas of our lives. Then we’ll talk about the best thing you can do to help you give more and with a greater impact.

After conducting a survey of over 630 Americans, researchers at the University of British Columbia in Canada had an interesting thought. Money by itself doesn’t provide happiness, but spending it might.

To test their hypothesis, they measured the happiness and spending habits of a small group of employees before and after receiving a profit sharing check from their company. Their findings were in line with their thinking. Those who had spent their bonus on other people received a significant boost of happiness.

There’s a reason why we associate the holiday season with “good spirit” and “cheer”. We’re happier when we give to others than when we treat ourselves. And the benefits don’t appear to be impacted by whether or not the giving came out of genuine goodwill or responsibility.

Again, those who spent money on others experienced a significant boost in their happiness.

Something happens when we give to others. We feel more connected to our community, and we see the impact we can have when we work for something greater than just ourselves. When we learn to give, incredible changes can start to work on the inside.

In one study, researchers found that widows who provided support to other widows were less likely to develop depression over a year later. They found this to be true even if they were receiving support themselves.

Crazy, right? We definitely thought so. The implications here could be massive. It might mean that the best way to help ourselves is sometimes to start by helping others.

It makes sense when you think about it, too. When we help someone else through a tough time, it gives us a lot of time to reflect about our own experiences. It’s kind of like the old adage that “the best way to learn something is to teach it.”

Nothing warms up the soul quite like emotional support. But despite what you may believe, giving emotional support might be more beneficial than actually receiving it. In one study, researchers found that the more emotional support you provide to your spouse, the more you lower your risk of mortality. What’s really interesting though is that receiving support had no influence on morality risk at all.

What’s up with that? Don’t we support others so we can actually help them? Well, yes, but maybe not always in a way you would expect. In an article on the subject, the study’s author suggests that this might explain a lot about relationships. We likely form relationships with those who reciprocate the support we provide. It could be true that relationships are strongest with those we need and who we think need us.

You Won’t Give If You Aren’t Connected

So, by this point you probably understand just a few of the ways that giving back has the power to transform us for the better. But the truth is that a lot of us don’t give, and the reason is that we’re not connected with communities that give.

The more we put ourselves in situations that expose us to opportunities to give matters. This link unfortunately shows its strength in the wake of scandals involving abuse.

In a monolithic study, Nicolas Bottan of the University of Illinois teamed up with Microsoft Research’s Ricardo Perez-Truglia to see what kind of impact abuse scandals had on not only on the Catholic Church and its members, but also for the communities where the incidents took place. They collected and interpreted data from over 3,000 cases between 1980 and 2010, and found some interesting results.

As you might expect, the scandals hurt church attendance. However, they didn’t impact spiritual beliefs. By and large, people still prayed, believed in God, an afterlife, trusted others, thought others were fair and wanted to help other people. Given that, you might be surprised to find then that people stopped giving to the tune of billions.

All together, the researchers estimate the scandals caused an annual loss of $1.77 billion in itemized, charitable contributions. Taking non-itemized contributions into account, that total may approach $2.36 billion. Needless to say, the loss of donors was a big deal. In fact, it caused a significant loss of social service provisions—the same services someone would reach out to for help in many of these cases.

So what gives? Why did people stop giving? Well, because they stopped going to church.

Given the severity of the scandals, it’s easy to forget that churches do good things. They’re charitable epicenters. They teach about the importance of giving—and even create social pressure to do so. More than that, they expose people to more avenues for giving than they would otherwise receive. When people unplugged themselves from their church following a scandal, they likely unplugged themselves from their primary outlet for giving back to their community.

What we can learn from this and other studies that have reached similar conclusions is that, when it comes to giving, belief isn’t enough. We also have to engage in a community that emphasizes and enables us to give.

If you aren’t engaged in a community or some kind of vehicle for giving back, it’s worth your time to look for one. There are a ton of religious and non-religious organizations and communities dedicated to giving. Organizations like UNICEF, United Way, the Peace Corps, and The Salvation Army are active everywhere—and chances are, they’re probably looking for volunteers in your back yard.

Inside of each one is a network of people who have a passion for giving, which will likely expose you to additional opportunities to give even more.

Getting the Most Out of What You Give

In a world of auto payments and digital banking, it can be all too easy to donate money without taking the time to see the impact you’ve made. But doing so isn’t the biggest bang for your buck and it doesn’t make for a connection with giving we all benefit from. When we connect the “what” with the “why”, we can not only feel more fulfilled in our giving, but we can actually hold it accountable for producing the greatest results possible.

In his Ted Talk, Peter Singer posed the question: Is it better to provide one blind person a guide dog or to cure 2,000 children of blindness? It’s a tough question with an incredibly insightful explanation:

“It costs about $40,000 to train a guide dog and train the recipient so that the guide dog can be an effective help to a blind person. It costs somewhere between $20 and $50 to cure a blind person in a developing country if they have trachoma. You could provide one guide dog for one blind American, or you could cure between 400 and 2,000 people of blindness. I think it’s clear what’s the better thing to do.”

When we hold our dollars and time accountable for achieving the greatest outcomes, the amount of change we can set in motion expands.

When you hold your donations accountable for results, you gain a new purpose and vision for how each dollar you make can transform the lives of others for the better.

You may remember the Tampa Bay Times’ investigative report that went viral last year on “America’s 50 Worst Charities”. Their investigations highlighted just how important it is to do our homework before giving to organizations, with some charities failing to leverage even pennies on each dollar they received for their reported causes. That’s why it’s important to consult organizations like Give Well and Give What We Can that not only constantly research different charities and organizations that work to do good things, but also rank them based on how impactful your donations are.

Effective Altruism doesn’t have to just be a figure of how much money we spend, either. It can also be impactful with where we spend our time.

It’s the same line of thought that led to the Bill and Melinda Gates Foundation and the Carnegie Foundation. Money is good for what it can do, and if our time is better spent making money so we can give more money, rather than doing something that takes us away from those tasks like volunteering, then it’s a tradeoff we might be worth considering.

It’s important to note that all of this is circumstantial. There are going to be opportunities to give that impact your community directly that won’t exactly toe the line of true effective altruism. We’re not advocating that you don’t stop giving in those areas, but that you add this shrewd way of giving to your charitable repertoire.

Making Giving Your ONE Thing

To recap: your spiritual life is foundational and deserves your attention, and giving is one of the best ways to nourish it. Not only does giving boost your spiritual life, but its benefits stretch into other areas of your life, improving your mental and physical health. If you want to give, you have to be connected with a community that emphasizes giving. And when you’re giving, it’s never a bad idea to hold what you give accountable for producing the greatest possible results.

If you have any organizations that you’re apart of and you want to share the work you’re doing, chime in on our Facebook page and invite others to join!

← RESET Your Goals and RESET Your Future Dating Cheap, the Right Way →