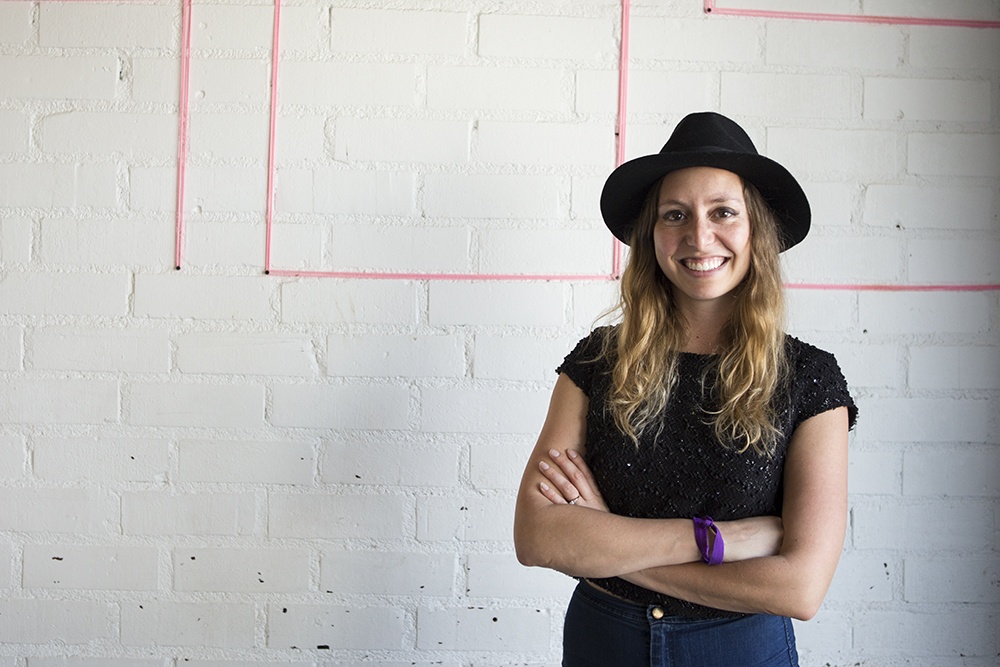 The fourth segment of our Business Success Series coincidentally coincides with Ice Cream Day. For us, this means it’s the perfect reason to shed some light on an industry that generates over $10 billion in annual sales. Surprisingly, ice cream itself isn’t the main attraction for many consumers. Today, it turns out that the market has evolved to include three main categories: super premium, premium and snacks.

Natasha Case’s Coolhaus Ice Cream entered the industry right at the cusp of the cold confection super premium trend – and just as food trucks became mainstays in the food world. Blending uniquely, different ideas together has proven to be Coolhaus’ recipe for success.

When you are asked to join the president and first lady at the White House you know you have made it. That’s what happened to Natasha Case. She and co-founder Freya Estreller were invited to serve at the highest profile Fourth of July event in the country this year, just six years after launching their business. That fast ascension is largely due to the duo’s ability to brand uniqueness – and the undeniable deliciousness of their products.

If you’re an architecture buff that enjoys ice cream you may have noticed the connection between the two at Coolhaus. In 2009 Natasha was on track to become an architect. Through her studies she developed an interesting concept she calls farchitecture – food architecture. This concept explores how design influences dining experience, and got Natasha thinking about buildable cuisine. She began experimenting with ways she could build with ice cream, and soon she had several ice cream sandwiches that were influenced and named after architects and design styles.

Natasha Case was at a crossroad. She had spent years studying architecture and earning a masters degree, but she knew she was onto something with her handcrafted ice cream sandwiches. She wanted to bring the concept of farchitecture to the masses. As if by divine intervention, it was about this time that she met Freya, who had the business operation experience that Natasha didn’t yet possess.

Within months Coolhaus made its first sale at the Coachella music festival. The co-founders had bought a postal truck off of Craigslist and used that as their portable storefront, which was still a relatively new idea at the time, and proved to be a perfect place to launch their brand. For one, ice cream was in high demand during warm days of the festival. Secondly, the kitchen worthy food and high design of the product had huge appeal among the hip festival goers. The unexpected combination of delicious ice cream and architecture made Coolhaus stand out even as music greats like Paul McCartney took the stage.

Thinking Big With a Small Product

Some people would look at an ice cream sandwich and think it’s no big deal. It’s not like an ice cream sandwich can cure cancer after all. And it’s not necessarily a new idea in and of itself. Case and Estreller could have easily looked at their Coolhaus creation as nothing more than a side job or hobby that could bring in a little extra income. But they looked at this small product as the big business opportunity that it was.

The duo developed a vision that went well beyond a single product. They realized the cultural appeal of the Coolhaus brand, which is heavily influenced by architecture, was the ONE Thing that could take their business to the next level. But they also realized that their food truck model would limit the scalability and markets that could be reached.

From the onset, the idea was for Coolhaus to sell more ice cream than their food trucks could handle. The co-founders took a tri-fold approach that included food trucks, partnerships with storefront distributors and wholesale distribution. But true to form Natasha and her business partner thought well outside of the icebox. In the last six years they have partnered with traditional grocery store chains like Whole Foods as well as outlets that you don’t typically associate with food, like Urban Outfitters.

Instead of looking at the limitations, the Coolhaus co-founders focused on the advantages of their pint-size product. For one, they had the attention of design fanatics. Natasha’s architectural background has been incorporated into many facets of the business from naming conventions to visuals and packaging. The fact that Coolhaus goods can be packaged worked in their favor as well and made expansion beyond food trucks possible.

However, like all successful businesses, growth has not come without its challenges. Natasha Case has had to overcome factors like seasonality, which can have a profound affect on the ice cream industry. Then there’s the service industry element. At the end of the day their food trucks are like restaurants on wheels, and the restaurant industry is notorious for employee turnover.

If you want to learn more straight from Natasha herself, watch the video below.