Define Your Success or Someone Else Will 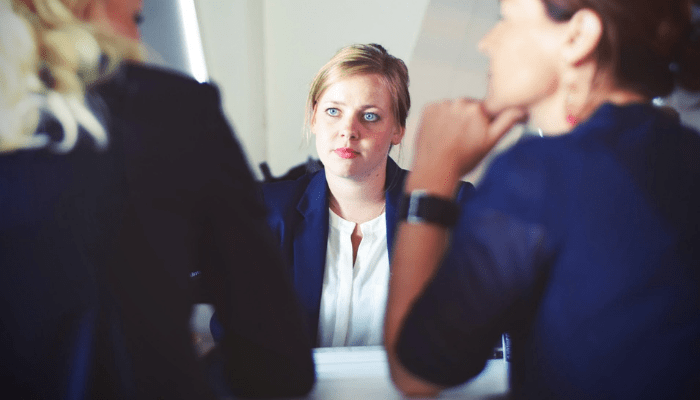 Success can be a tricky thing to measure, in large part because the nature of its definition can be so personally complicated. There are outside pressures, extenuating circumstances, weighted expectations, and even social norms attached to how we define success. But the reality is, if we don’t define our own success, someone or something else will define it for us.

The Problem with Looking Elsewhere

In 1994, a trio of researchers from Northwestern, Harvard, and Stanford Universities set up a couple of experiments where participants were asked to negotiate an employee/employer contract, framed as a game whereby each person viewed the other as an opponent. They went back and forth on salary, vacation time, annual raises, starting date, medical coverage, and region of work—all the good stuff. Afterwards, they were made aware of how their opponent felt about the outcome. What they found was that, despite each individual participants actual results and performance, no matter how masterfully they negotiated the deal, if they learned or felt that the other person was happy with the outcome – they felt like they performed poorly.

In other words, although they succeeded, they felt like they had failed. But why?

In our opinion, the reason isn’t because they failed to “ignore all the haters”. It’s because they didn’t actually know what it meant to succeed in the first place.

The stereotypical view of negotiation (and of games) is that you experience success when you leave nothing left on the table. With that basic, two-outcome understanding of negotiation, it’d be easy to see why someone might feel like they had failed in the midst of their own success. However, some of the best negotiators will tell you that a successful negotiation doesn’t end with one party happy and the other upset. A requirement for their success is that the person across the table should succeed, too. They don’t allow the preconceived notions of “winning” a negotiation impact their views of their own success because they have clarity about what they want to achieve.

Instead of falling into this trap, take a moment to define what it means to succeed.

Creating Your Own Definition

When looking at your own life — and your ONE Thing — would you know your own success if you achieved it? Would you be so sure that you had accomplished what you set out to do that, despite what anyone else said or claimed, you’d know that you were victorious?

I’m not sure a lot of us can answer “yes” to that question.

Part of that reason might be because we’ve never gone through the process of defining our own success. As a result, we’ve given others the opportunity to define it for us.

Like the participants of the 1994 study may have experienced, when we don’t have clarity of what it means to succeed, we latch onto stereotypes. Instead of having clarity around what we want and why we want it, we instead measure our own success through typical conventions like money, status, and social clout like Instagram followers.

But that can lead to a lot of wasted effort. At the end of the road, you might find yourself having achieved something you never actually wanted. (Cue the Twilight Zone theme.)

To keep yourself from reaching a dead end, we encourage you to keep the following in mind when creating your own definition:

It’s not all about the Benjamins

This might sound a little strange coming from a publishing group that’s released three books on wealth-building, but if you’ll remember, the tagline of our first book The Millionaire Real Estate Agent is “It’s not about the money!” And we mean it.

When we achieve success, it means we’ve reached an end — not a means to an end.

Like the saying goes, “Money is good for the good that money can do.” Items like money and status represent the power to create a potential outcome — to create an opportunity to succeed at something. And even then, those conventions aren’t the only leverage we can or will use to succeed.

How many Lamborghini’s did Gandhi need to have in his garage to liberate India from English rule? None. Was he wealthy? Yes. How many times did Nelson Rockefeller and Ross Perot run for president and lose? Five times. Were they wealthy? No, but they were definitely rich.

If you’ve ever heard The ONE Thing author Gary Keller speak about wealth, you’ve probably heard him define wealth as follows: “The amount of money needed to finance your passion in life.”

Having that wealth can come at $1 or $1,000,000,000 — your passion and what you want to see accomplished will determine what dollar figure you need to get there.

So, when you’re defining what it means to succeed, don’t end on a dollar amount. Draw boundaries around the purpose of that dollar amount and the outcome you want to see fulfilled with the opportunity it provides.

Don’t be Afraid of Perceived “Failures”

The two questions you ask yourself when defining your success should be:

By understanding your immediate and long-term goal, and the reason why achieving that goal is important, you’re given two things: A potential path toward success and the wisdom needed to discern between success and failure along the way.

The wisdom and clarity that comes from understanding our purpose gives us the flexibility we need to succeed.

When lining up our short-term goals, it’s often the case that the outcomes we produce aren’t the outcomes we originally had in mind. However, the fact that they don’t always line up isn’t necessarily bad.

That was the case in one of the most famous battles of the Napoleonic Wars.

It’s the end of summer in 1812, and Napoleon is engaged in a long and heated battle with the commander in chief of the Russian army, Mikhail Kutuzov, over the city of Moscow.

And Kutuzov is about to lose his job.

As if it isn’t hard enough to defend your country from Napoleon Bonaparte and the largest army the world has ever seen, he’s been tasked to do it with a boss he doesn’t get along with, Tsar and Emperor Alexander I.

On a Personal Level: The tsar thinks he knows too much and finds him to be grotesque.

And on a Professional Level: The tsar thinks he’s the reason they had to surrender to Napoleon only six years ago.

The only reason Kutuzov got this job is because he was the only person available at the time. And even after appointing him, the tsar refused to publicly celebrate the appointment.

Despite the lack of confidence from his employer, Kutuzov comes up with a plan. He picks a small town outside of Moscow named Borodino to make his stand against Napoleon. He puts up one heck of a fight, but eventually, Napoleon breaks through their defense and pushes forward. The Russians retreat — not to Moscow, but past it — the city is set on fire, and Napoleon claims victory.

And in one of the biggest “I don’t care, I’ll do what I want” moments in history, Kutuzov also claims victory.

You read that right. Despite losing twice as many troops, being ousted from the battlefield and beyond the city he’s defending, he claims victory.

We know what you’re thinking. “He lost.” Well, so did a number of his generals — many of whom started handing in their resumes to succeed him. But Kutuzov doesn’t care what you or anyone else thinks. He’s surrendered to Napoleon once before. He knows what defeat looks and feels like. This isn’t it. Not by a long shot.

In his mind, he’s achieved a pyrrhic victory — a term used to describe a situation where someone wins through defeat. In other words, Napoleon might have “technically” won the fight, but in the process, wrote a check his butt couldn’t cash.

As history would later prove, Kutuzov was right.

Even though Kutuzov failed to achieve his short-term goal of keeping Napoleon from capturing Moscow, the outcome was still successful. The “wooden” city was evacuated, stripped of its supplies and set on fire, essentially becoming a quagmire that Napoleon wouldn’t be able to survive. By losing the battle, and building on the success of the loss, Kutuzov gave himself the opportunity to win the war. And he did.

By winter’s end, he had all but eradicated the invaders, and set-up the battle of Waterloo, where Napoleon’s rule over Europe would meet its end.

When looking at your immediate, short-term goals, it’s worthwhile to keep one eye on the big target you’re aiming for. Like when learning how to ride a bike, if we stay fixated on how our feet and hands are operating, we’ll likely forget where we’re wanting them to take us and ultimately crash. However, if we keep our eyes in front of us and focus on where we want to go, we can often let our feet and hands guide us to our destination.

Moreover, when we refuse to measure our lives by the definitions of others and have clarity on our destination, we give ourselves an opportunity to find victories in the midst of  perceived “failures”. They lead to learning experiences, unexpected avenues, and sometimes even winning an entire war. (And remember, some of the most successful people have been “failures” at one point or another.)

Be Smart About Success

One of the first steps to becoming the arbiter of your life is to decide what you want that life to look like. And just to be clear, “You’ll know it when you see it” doesn’t cut it.

A common exercise we practice here at The ONE Thing is asking potential employees the question:

If I turned to you a year from now and asked if your year had been a success, what would a successful year look like for you?

We get a lot of different answers. Some people want to have published their writing or started a family. Some people want to have launched their own side business or finally gotten their blog off the ground. The most important thing is that they have a clear and masterful understanding of what they want to achieve. It’s a personal question. We aren’t asking them what will make their prospective boss or spouse say they’re successful. We are asking them what they’ll consider a “success”.

This circles back to the earlier idea of not basing your perspective off of others. Define your own success. Then, when you know what it looks like on a personal level, you can work backward from that end result to determine the steps you need to take along the way in order to achieve that ultimate goal. Creating these smaller goals allows us to more accurately articulate not only what our success looks like, but the exact steps we need to take to get there. And like Kutuzov found, by understanding the destination with brilliant clarity, you’ll be become productively flexible when you put that plan into action.

So What’s Your Definition?

Now that we’ve gone through some important steps you can take to help create your own definition of success, take a moment and write out what you want to achieve and why. As you line up your dominoes and start knocking them down one by one, examine your path of achievements, and take another moment and stand your results up against your standard for success.

Does your plan measure up?

If yes, fantastic. If not, don’t adjust your definition based on the results you’ve achieved. Take a look at where your success was derailed and chart a new path forward from there!

← False Confidence, Education, and The Dunning-Kruger Effect Staving off the Boredom of Success →