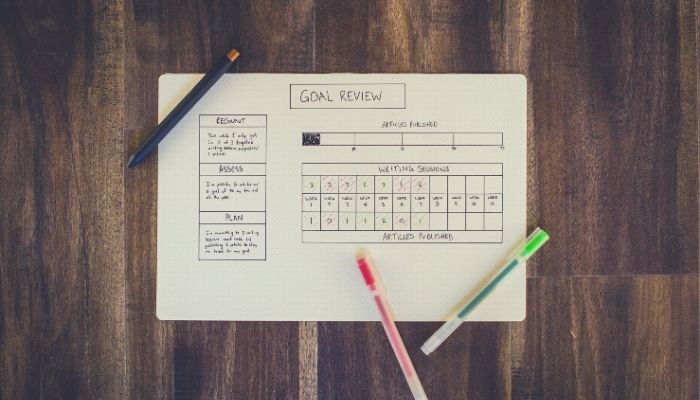 Now more than ever we’re reminded that life is full of ups and downs, and that many of those changes are brought on by the unexpected.

When things don’t go as planned, it’s tempting to remain stubborn and stay the course. It also might be tempting to throw in the towel. But there’s another option with a greater potential, and that’s to roll with the punches and shift our actions so we can still achieve extraordinary success.

In SHIFT, Gary Keller describes how we need to have a “mental shift” before we can take an “action shift.” Meaning, if our minds haven’t adjusted to our current state of affairs, we can’t fully operate in a way that will allow us to succeed within them.

No matter how well we plan, we can’t plan for everything. For every piece of our day that we control, there are a myriad of other pieces that lay outside our reach. In times like these it’s important to remember that it’s what we do that defines us, not what happens to us. The moment we commit to that mental shift, we can take action that will transform our circumstances.

The idea harkens back to the optimists’ golden rule: When life hands you lemons, make lemonade. However, here at The ONE Thing, we recognize that it isn’t enough.

There are a few steps between circumstance and extraordinary results that extend beyond “accept” and “do.” In order to maximize our opportunity we also have to commit to measuring the results of our actions and pivot when the results don’t measure up.

With whatever goal you set for yourself, it’s important to pin down a number you can use to hold your actions and time accountable to achieving success.

This is sometimes a little difficult, especially if you feel like your ONE thing isn’t concrete. For instance, maybe your goal is to be a better parent or more empathetic partner. On the surface, these two goals might seem immeasurable. But upon a closer look, you’ll see that’s not the case.

For goals or priorities that are more intangible, you just need to be smart about how you create metrics for success. Instead of focusing on the end-result, focus on the journey and the steps you’re taking to produce your desired end-result.

Let’s say your goal is to become more empathetic. While it might seem like we can’t control the number of opportunities we have to experience empathy, with a little research, you might find a more concrete path.  For instance, if you could read.

According to research, reading fiction is an activity that has been proven to increase our feelings of empathy. This is largely because it forces us to adopt someone else’s perspective.

It’s safe to say that just about everyone’s lives have been interrupted by recent events. There are very few people who could have predicted what happened—let alone accounted for them when setting their annual goals last December. Yet, some people will succeed despite the interruption and others will struggle.

For many of us, when we make plans, we succumb to something known as the “planning fallacy,” where we fall prey to our own optimism.

In the late 1970s two researchers, Amos Tversky and Daniel Kahnema, observed that when we plan for things, we wrongly assume we’ll get the best possible outcomes. For some reason or another, we operate from the standpoint that there’s a straight line between where we stand and where we’re headed. We’re blind to the obstacles and incoming distractions that stand in our way.

Take a light hearted example: I’ll be home by 5:00. When someone sets that aspiration they’re assuming that traffic won’t be that bad on their way home, their car will start, they won’t need gas, their tires are filled, all the roads are clear, the sun is shining, no one will stop them, and they won’t stop themselves. There are countless variables that come into play, and when we plan, we often run into the mistake of crossing our fingers that none of them will.

This false sense of optimism leads us to make plans only for the best-case scenario, which leaves us open to disappointed expectations when things don’t go as planned.

Instead, it’s important to plan with a hint of skepticism.

Like all things, pivoting is a skill. The more we practice and prepare for it, the better we get at doing it when the need arises.

Give yourself some wiggle room, and remove as many excuses and foreseeable distractions as possible. Create a bunker in order to help protect your time block from interruptions. And be more realistic about your ability to stay focused when it’s time to get down to business.

By planning with an eye for potential foibles, we give ourselves a little practice for what to do when things really do go wrong. That way, we have the ability to adapt, change course, or ride it out the moment our numbers aren’t adding up.

Know When to Try Something New

In 2006 audiences fell in love with Little Miss Sunshine. The film follows the trials and tribulations of a family as they try to drive their daughter, Olive, across the country for a beauty pageant. Despite the straightforward plot – get from point A to point B – the complications of life, both expected or otherwise, take each member of the family on a journey they didn’t anticipate.

This was particularly true for the character Dwayne. On the precipice of graduating high school, Dwayne is an incredibly focused teenager. He’s only ever wanted to do one thing: become a fighter pilot. In fact, he’s so serious about becoming a pilot that he’s taken a vow of silence, spending the vast majority of the film communicating through gestures or the occasional scribbled note. He keeps mostly to himself, tending to ignore or avoid interacting with the majority of his family.

No matter how hard we try, no matter what we do, there is always something beyond our control. Our expectations for our life run up against change and circumstance, and we have to chart a different course.

We chase the wrong goals, we lack habits, motivation, will-power, and discipline. Pick another goal, find another path, and try again.

For Dwayne, that meant giving up his vow of silence, and reintegrating with his family once he finds out that he’s colorblind. Instead of being isolated, he dove back into his family and their goals, helping get his sister to her beauty pageant and supporting her when she needed it most. By shifting his focus from himself to his family, he was able to begin to rebuild and rethink his priorities.

Like Dwayne, you can take this as an opportunity to reflect and figure out your next steps. Try a RESET Retreat to refocus, or a Goal Setting Retreat to figure out a new trajectory.

Whatever you do, take some time this week to breath, relax, and be gentle with yourself! Change, shifting priorities, and new goals are all a part of life.

← When Nothing is Certain, Anything is Possible Thank You for 2 Million →