How to Stop Multitasking to Boost Your Productivity 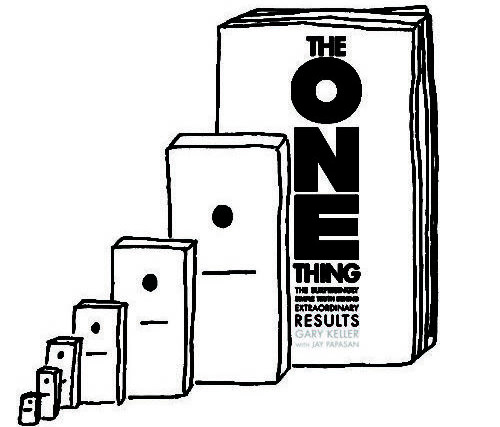 Sometimes when we talk to new readers about how to stop multitasking, we get some weird looks.

“Why would I want to stop? It’s way more productive, and everyone on my team does it! I wouldn’t even know how to stop, and I would just get behind.”

Unfortunately, multitasking is one of the most insidious, damaging myths surrounding productivity.

While it has steadily gained in popularity since the term was first coined in the 1960s, it has been proven again and again in research to have a negative influence on work outcomes, personal relationships and health over time.

Researchers call the process that happens in the multitasking brain ‘task switching’.

You are focused on one thing, then a distraction comes along that acts as a signal to switch tasks. You have a few milliseconds of delay in brain activity, then reorient yourself to the new task.

Not only does task switching require significantly more mental energy than simple focus, but it also prolongs the time it takes to complete either task. 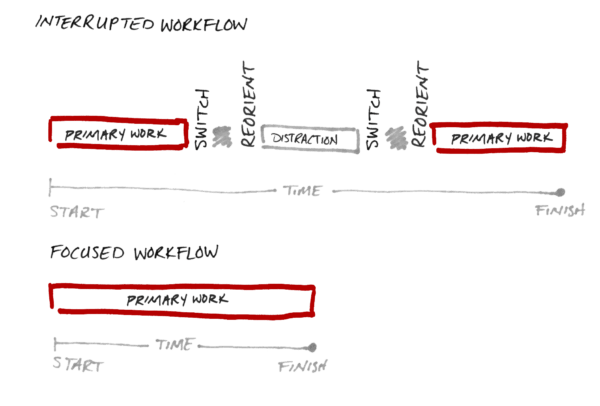 Now, you might not think that a few milliseconds here and there is that big a deal.

And if it was only a few, we would agree with you, but researchers estimate we lose almost a third our workday to the lag and half-focus created by task switching.

Out of an average workday of eight hours, that’s 134 minutes, gone with nothing to show for them. Over two and a half hours, every day.

The more time we spend on those distractions or second/third/fourth tasks, the less likely we are to get back to our original work. This leaves a pile of half-done tasks waiting for our attention.

In turn, this creates a warped sense of how long our work actually takes to achieve — we think everything takes much longer (say, 28 percent longer) than it would if we gave it our undivided attention.

Not only that, but multitasking creates mistakes and messes.

When our attention is pulled in multiple directions, we miss details — sometimes key details — and things come apart. Even if we get lucky and avoid catastrophe, the stack of little mistakes starts to weigh on us.

Wouldn’t it be nice to be finished two and a half hours earlier every day? Or have extra time to make greater progress toward our goals?

Well, it’s ours for the taking. Let’s talk about how to stop multitasking — don’t worry if it takes a while to get the hang of, or if people aren’t helpful at first. Just put one foot in front of the other and get that productive time back.

How to Stop Multitasking

Take a look at your to-do list for today and turn it into a “success list” by applying priority to your tasks.

If something is urgent and important, handle that first. Then tackle the tasks that are important but not urgent. Anything that is not important should be jettisoned from the list altogether — why work on stuff that doesn’t matter?

Using this system of prioritization makes it easy to stay focused on what has a real impact.

Time blocking is the practice of allocating a specific period of time to a specific task.

For example, if you have a report to write, allow yourself three hours in which to do it, and do nothing else during that time. No other tasks, no meetings, no calls — just focus on the task at hand and do it until it’s done. Tell the people around you what you’re doing, and get all the provisions you’ll need for the time you’ll be there (like snacks, water, paper, etc). Establish an environment that is conducive to you doing your most important work

You’ll often find that you don’t need the entire time block, because without all the distractions, everything gets done much faster.

Block in some solo time every day to lay out your priorities, to think about your ONE thing and how to make it happen, and to recharge your focus and ability to be really productive.

Most of us spend our entire day surrounded by other people. There’s a never-ending stream of conversation and stimulus that can fill our heads up with distractions and priorities that are not our own.

If we never have time alone, it can be very difficult for us to filter out irrelevant information and focus on what’s really important, which in turn, leads to unnecessary multitasking and wasted time. This is true in both our personal and professional life, and so it’s vital that we block in regular time to be alone.

Nothing takes us into multitasking territory faster than the ‘new notification’ numbers sitting in a browser tab. Whether it’s Facebook, Twitter, email or chat, those little numbers create an open loop in our minds: Quick, there’s new information available, don’t miss out!

It’s extremely difficult to ignore this kind of stimulus, so it’s better to avoid it altogether. When you’re working through a time block or on something that requires your full attention (ie, everything), close your email, set up website blockers in your browser, or better yet, just turn off your internet.

Don’t be surprised if you get a bit of pushback from other people. They might be annoyed that you don’t respond immediately to an email, and they might even take your new work habits personally.

Be compassionate and patient with people. Explain why you’ve made this change and let them know that you’re doing it for everyone’s benefit. Reassure them that you’re there to support them outside of your time block. Help them understand that they could get the same benefits from using this system, but impress on them, above all, how important it is that they respect your time blocks and don’t distract you.

Peter Bregman, writing for the Harvard Business Review, shared his experiences when he learned how to stop multitasking.

Not only did he find himself significantly more present and engaged with his wife and kids, he made significant progress on projects that would usually be ‘too hard’. His stress drastically reduced, and his priorities crystallized to the point that he only engaged with things that truly mattered to him.

This is a common theme that we hear from reformed multitaskers. Everything gets better when we give our full attention to the people or projects that matter most.

Start today — shut your internet off, find the ONE thing that’s going to move you towards your ultimate goals, and get going. Then do it all again tomorrow. Good luck, and happy focusing!

← Look Sharp: 6 Changes You Can Make Today to Appear Smarter Goal-Setting For Success: 4 Strategies to Achieve Your Goals This Year →