May the 4th Be With You: The ONE Thing of Star Wars

In case you were unaware, May 4 is Star Wars Day! Without getting too nerdy, we’d love to celebrate today by speculating the goals and ONE Things of some of our favorite characters from the popular sci-fi action series. Who knows, maybe they’ll help shed some light on some ways to tackle your own goals! 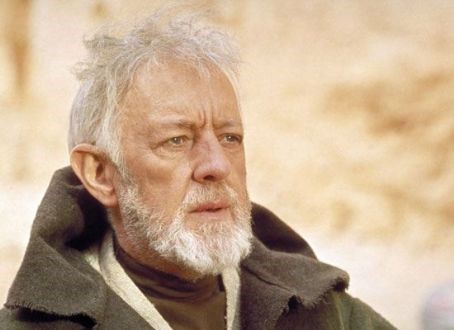 His goal: Preserve the ways of the Force.

His ONE Thing: Be a mentor.

In the original trilogy, Obi-Wan had a clear cut mission—protect Luke Skywalker and preserve the ways of the Force as one of the last surviving Jedi. Obviously, it’s hard to preserve any tradition when you’re the only one of two aging people in the universe who know what that tradition is.

When Luke approaches the old Jedi in the beginning of Star Wars Episode IV: A New Hope, Obi-Wan sees an opportunity to pass on his knowledge and wisdom to another generation—providing hope that, one day, his traditions would be passed on through Luke. From that point on, Obi-Wan’s ONE Thing is to mentor Luke Skywalker so that he may become a Jedi and continue an age-old, spiritual tradition.

Like we talk about in The ONE Thing, when you take on your ONE Thing, the trail of success leaves a geometric progression. In a similar fashion, by knocking down that one domino, Obi-Wan set off a series of dominoes that were knocked down in progression, resulting in some incredible outcomes: the Death Star blew up, Luke became a Jedi who would go on to restore the Jedi order, his old friend Anakin Skywalker found his way again, and oh yeah, the evil Galactic Empire was destroyed. 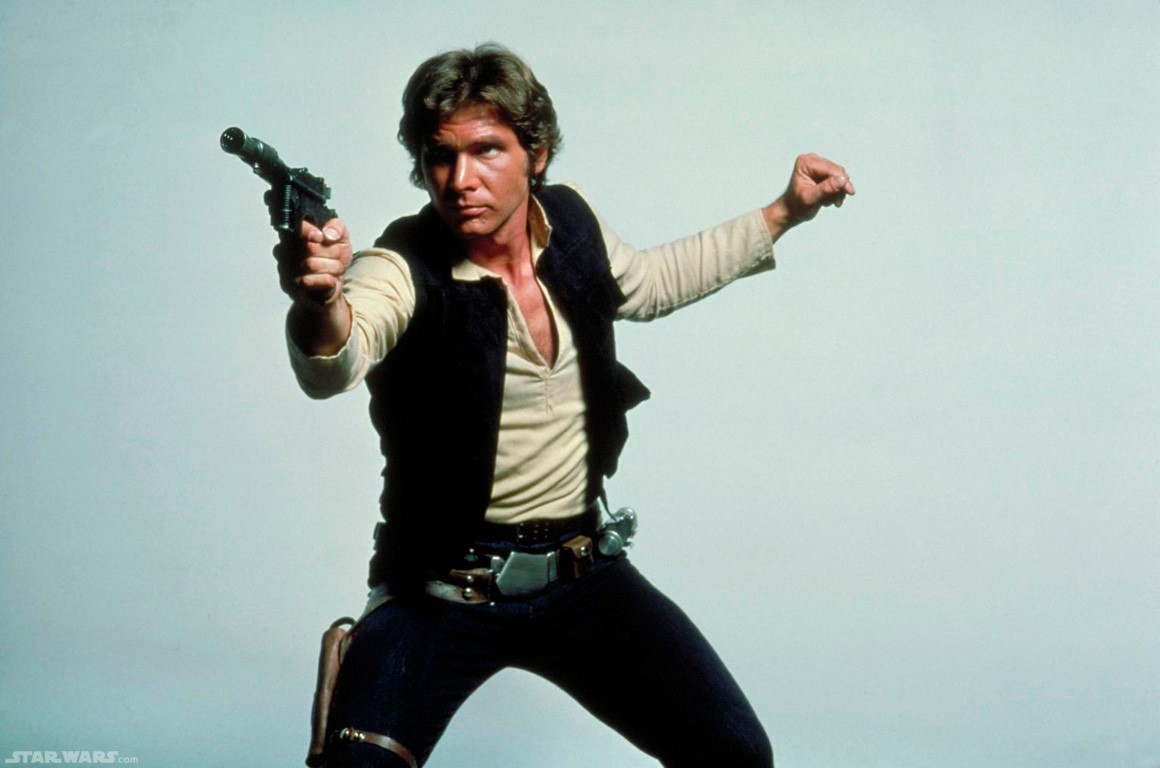 The goal: Clear a debt.

His ONE Thing: Care about other people.

Han Solo is a lone-wolf, rebellious smuggler who only looks out for himself, right? Well, not exactly. While it’s made clear when we first meet Han that he’s all of those things, it’s also made clear that one of the reasons he looks out for himself so closely is that he has a bounty on his head. Han made a bad bet, and as a result, at the start of A New Hope, it’s made clear that if he doesn’t provide an alien named Jabba the Hutt with a large sum of money, he’ll be hunted down by bounty hunters for the rest of his life. This is how he is initially introduced to Luke Skywalker and Obi-Wan Kenobi, and why he originally takes on a mission to rescue Princess Leia. He believed that by rescuing Princess Leia, he’ll be rewarded with enough money to take care of his bounty. However, as the plot of Star Wars progresses, it’s made clear that in order for Han to get rid of his debt, he has to stop looking out for “numero uno” and start caring for other people.

“Caring” probably isn’t a word you would typically use to describe Han Solo, but that’s exactly what became the ONE Thing that would eliminate his debt. Throughout the original trilogy, we see Han put himself in harm’s way to save the lives of those closest to him. Whether it’s coming back at the last minute to help the rebels destroy the Death Star, pulling a gun on Darth Vader, or running out into a blizzard to find and rescue Luke, it’s obvious that throughout the trilogy, he constantly was looking out for his best buds. And it was the relationships he built through those types of actions that proved to be the domino he needed to knock down to accomplish his goal.

At the end of The Empire Strikes Back, Han is captured by the bounty hunter Boba Fett and frozen in carbonite to be shipped off to Jabba the Hutt. By the time he was unfrozen and facing execution, the comradery he built with his friends and allies was so great that they set out on a mission to rescue him. The rescue, while unconventional, was a success: Han was rescued, Jabba the Hutt was killed and Han’s debt was eliminated. 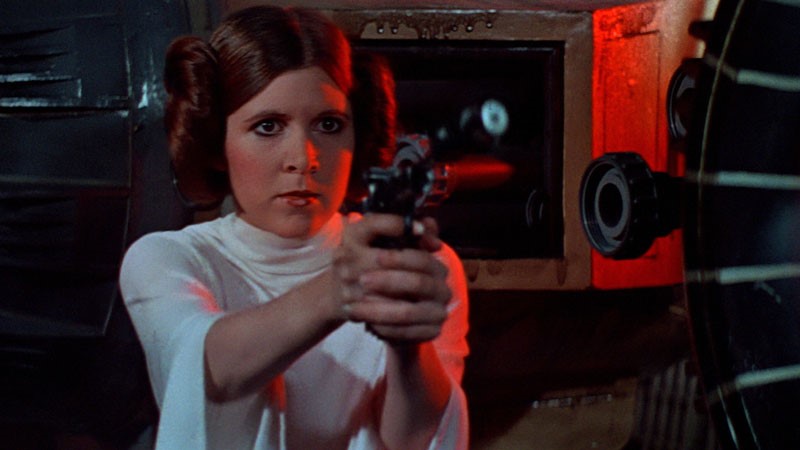 Her goal: Take down the Empire.

Her ONE Thing: Supply the Rebel Alliance with whatever they need.

Princess Leia is one of the most iconic female characters in the history of cinema. She was quick-witted, strong and really good at putting a team together. She was also a natural leader with an uncanny skill for handling power. In the novelization of Star Wars, it’s revealed that Leia, along with her father, a long-standing senator of the planet Alderaan (that planet the Death Star blew up in A New Hope), initially formed the Rebel Alliance. After the Empire caught wind of what Leia’s father was up to, they attempted to squash the rebellion by capturing the senator and his fellow conspirators. However, they didn’t know at the time that Leia was also a fellow rebel. This allowed her to assume her father’s place as a senator and begin using her political role as a means to accomplish her goal of bringing down the evil Galactic Empire.

As a politician, Leia’s ONE Thing became supplying the newly formed Rebel Alliance with whatever they needed to succeed. Initially, she would use her position as a senator of the Empire to help transport spies and provide her rag-tag group of freedom-fighters with the information and tools they needed to take down the Empire. Even after she was captured and revealed as a traitor to the Empire, she continued working toward her goal by bringing the rebellion what it needed to succeed. Whether it was securing the blueprints that would be used to destroy the Death Star, encouraging Han Solo to become a general, purchasing X-Wings or befriending a tribe of Ewoks that would help win a decisive battle, Leia always found a way of supplying the rebels with the things they needed to succeed. 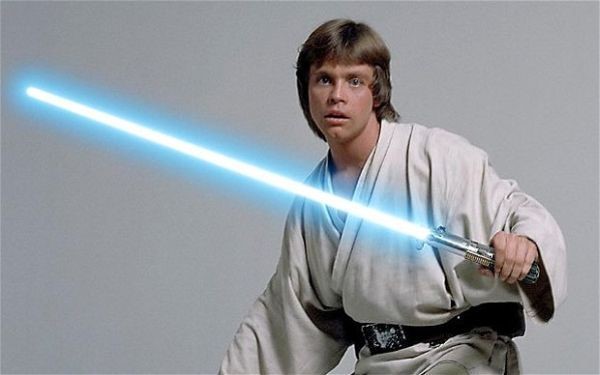 His goal: Bring balance to the force.

His ONE Thing: Train

From the beginning of the trilogy, Luke Skywalker’s destiny is laid out as the most critical domino to be overcome in order for the conflict between the Rebel Alliance and the Galactic Empire to be resolved. In order for him to fulfill his destiny, he would need to restore balance to the Force by killing Emperor Palpatine. The only way he could do this was to become a Jedi Knight. This led him to discovering that the ONE Thing he needed to do to accomplish his goals was to train.

In all three of the original movies, there are several moments where Luke begins conquering his ONE Thing. In the first movie, he trains under Obi-Wan Kenobi. After the death of Obi-Wan, he is led to the last surviving Jedi Master, Yoda, who lives in exile on the swamp planet of Dagobah. After finishing his training with Yoda, Luke becomes the last surviving Jedi Master, and continues to train in the ways of the Jedi by doing things like learning how to build light sabers. Eventually all that training pays off when he faces his father (Darth Vader), takes down Emperor Palpatine, and brings balance to the Force. Mission accomplished, right? Well, not really—his ONE Thing actually continues.

Following the death of Yoda, Obi-Wan, and his father, it is suggested at the end of Return of the Jedi that the three of them would continue to mentor, train and help Luke restore the Jedi order—which, according to additions to the Star Wars universe, he eventually accomplishes. 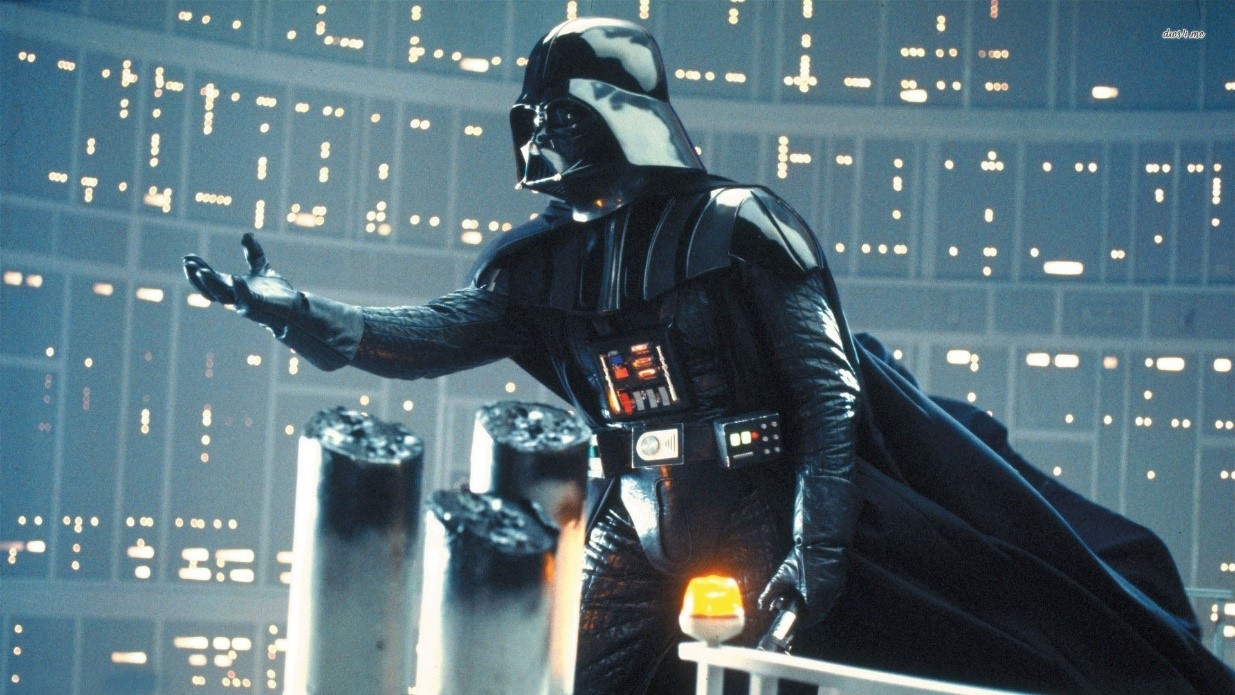 His goal: Crush the Rebel Alliance.

His ONE Thing: Recruit exceptional talent.

From the beginning of the trilogy, viewers understand that Darth Vader is one bad dude that nobody wants to mess with. He terrorizes both his foes and peers with a choke-first, ask-questions later attitude. He serves directly under the head honcho himself, Emperor Palpatine, and is a master of the dark side of the Force. However, while it initially seems like Darth Vader’s intentions are to simply crush the Rebel Alliance through brute force, by the end of the first movie his true means to defeating the Rebel Alliance begins to take shape—he needs to recruit exceptional talent.

When he first comes into contact with Luke Skywalker, his initial reaction isn’t to “mow down the rebel scum” — he actually takes a brief moment to observe that “the Force is strong with this one.” Now, if his goal is to end the rebellion through brute force, why would he take a moment to pause and reflect on the perceived capabilities of a member of the Rebel Alliance? Like his master Emperor Palpatine, Darth Vader was always on the lookout for great talent. When Vader and Palpatine become aware of Luke’s capabilities, they immediately see him as someone who could end the rebellion if he were to join them. So, following the end of the first movie, Vader’s ONE Thing becomes recruiting Luke to the dark side of the Force.

If Darth Vader were to have succeeded in turning Luke over to the dark side, the blow would have been so great that it would have ended the Rebel Alliance. However, like we talk about in The ONE Thing, work-life balance is a myth. Vader had spent too much time on the job and not enough time with his family. In fact, his work-life balance is so bad that his first face-to-face encounter with his son breaks out into a fight and ends with his son’s hand being cut off. Eventually, a combination of burnout and feelings for his son prompts Darth Vader to quit his job like a boss and make the ultimate sacrifice for his children. He may have failed his work goals, but hey, at least his personal life didn’t end on a shallow note!

What else do you think we have to learn about The ONE Thing through Star Wars? Share your thoughts with us on Facebook or the comments below!