Stories that Will Inspire You to Think Outside the Box 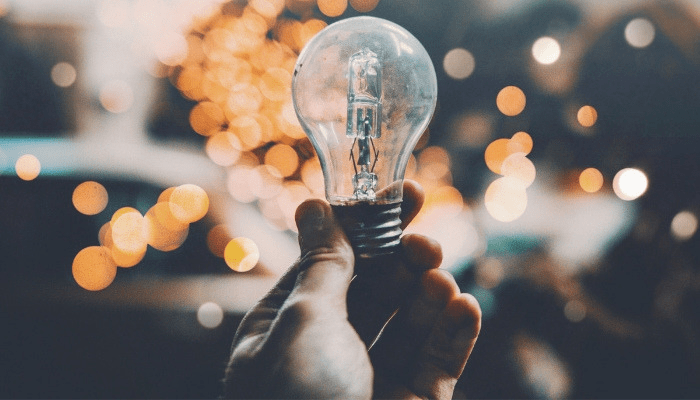 Success is rarely a straight and narrow path. It’s filled with ups and downs, twists and turns, and it requires us to stand on our toes from time to time. Every great success story has at least one or two defining moments where their entire trajectory is altered by an out of the box thought.

Taking a different perspective can help us master our current situations. It means stepping back, opening up the hood, and asking deadly questions that will help us understand what we need to do to succeed.

If you’re having difficulty getting into a new headspace or coming up with out of the box ideas, it can be useful to look to others for inspiration. It’s our hope that we can challenge your thinking with a few stories and get you thinking a little differently as you tackle your ONE Thing.

Andy Grove joined Intel in 1968 which grew into the world’s second largest and second highest valued semiconductor chip maker. Grove is directly responsible for making personal computers what they are today – his innovation with chips pioneered how small and effective computer parts could get. Anything that depended on computerized function, Grove and Intel helped move forward – from digital cameras to video game systems and personal electronics.

Many of Grove’s ethical points of view as CEO have become gospel for many tech founders. Instead of hiding away in an office somewhere, Grove worked in a cubicle like everyone else. He believed in “constructive confrontation” where anyone in the company, no matter their title, could share their thoughts or ideas.

It was that leadership style that led to the incubation of a concept that would change his company forever.

In 1988, Intel was having a hard time selling one of its newest products, the 386 microprocessor. Despite its superiority, their previous chip, the 286, was outselling their latest iteration.

Dennis Carter, a technical assistant, came to Andy one day and expressed his belief that Intel’s problems with the new chip weren’t due to an engineering problem – it was a marketing issue. If consumers understood the difference between Intel’s older and newer product, they’d only purchase computers with the newer chip inside.

This was a pretty radical idea. At the time, consumers only cared that a computer worked – they had little understanding of the technicalities of computers, and were uninterested in what kind of hardware PCs like IBM, Gateway, Compaq and Apple were packing. As the authors of The Greatest Business Decisions of All Time put it, “…users of a Compaq no more knew who supplied those ingredients than a Chevy owner knew who had made the radiator under the hood.”

Because Intel supplied chips for these PC manufacturers to use in their products, they viewed the companies that built PCs as their customer. According to Carter, their thinking was backwards. In the same vein of the old saying “The enemy of my enemy is my friend.” He thought “The customer of my customer is my customer.”

At the time, the company didn’t even have a marketing department. But Andy set aside a budget of $500,000 to give Carter enough room to test out his hypothesis. And as it turned out, Carter’s hunch was right. When consumers were educated on which processors worked best, the sale of computers that contained those processors would skyrocket. It was the first of many “Intel Inside” marketing campaigns that the company has become known for.

Don’t be afraid to test a crack-pot theory. Just because we’ve run through our lives with one specific outlook doesn’t mean we can’t benefit from adopting a new way of looking at things. The only way we’ll know if it’s something that will benefit us or not is by giving it a whirl!

Do you remember Domino’s Pizza of the 1990s? It wasn’t that good. Do you remember Domino’s in the 2000s? It might have tasted worse. By 2009, the company’s pizza had plummeted in the minds of consumers. While their competitors were champion slogans like “fresh ingredients, better pizza”, Domino’s was stuck with the stigma “it comes in cardboard and tastes like it, too”.

No one likes facing criticism. And when you’re already a pretty successful company, it’s easy to adopt a “see no evil, hear no evil” philosophy. But sometimes acknowledging weaknesses and instilling change is necessary in order to accomplish something better. While McDonald’s responded to criticism that they were incredibly unhealthy by simply placing a salad on their menu, Domino’s took an entirely different approach.

Instead of just adding a better product, they went back to the drawing board. With eventual CEO Patrick Doyle at the helm of the ship, the company slapped negative comments, Tweets, and reviews of their pizza on the walls of their test kitchen and worked tirelessly to build a pizza that their customers would actually be happy to receive.

Eventually, they landed on a recipe, and from there, they launched an apology tour. Instead of shying away from criticism, the campaign was aimed at showing their customers that they embraced it. The result was pretty substantial, not only had they won back a number of consumers who wrote them off, it propelled them to becoming the top ranked pizza chain in the nation.  As an added bonus, their company’s stock went on to outperform Google, Apple, Netflix, and even Amazon for most of the decade.

They’re so proud of what they have accomplished that now, instead of hiding from Twitter, they’re busy collecting orders from it. (Yeah, you can order their pizza through Twitter.)

Don’t shy away from criticism, because someone’s opinion could open doors to improvement or change. Even when we’re our most successful, we can still find new ways to grow. The truth is that there’s no level of success that excuses you from receiving criticism – or lessen its potential value to you and your business. And even if you’re stuck, don’t be afraid to think outside of the box and go back to the drawing board!

When Robert Taylor got the idea to liquify hand soap, he knew he had found a big idea—and so did everyone else.

In the late 70’s and early 80’s, Taylor’s small company, The Minnetonka Corporation, had developed a small reputation for coming up with innovative ideas like fruit-scented shampoo, scented candles, and bubble baths. Others saw these ideas as winners also, and were quickly copied by larger competitors like Proctor & Gamble and Armour-Dial. Soon after Softsoap hit store shelves, it quickly became the bestselling soap on the market. And while many people might bask in this kind of success, Taylor knew all it meant was that his competitors were now breathing down his neck.

Instead of competing with the “big dogs” head-to-head, Taylor stuck to what he was good at and looked for a more innovative solution. He went to the company that manufactured the plastic pumps used in his product and placed an order for 100 million units.

One of the benefits of being first to market is that Taylor knew what kind of manufacturing options were available for the product. At the time, there was only one company who could make plastic pumps that could withstand mass-market production. By purchasing such a substantial amount of plastic tubes, he prevented them from supplying his competitors.

While it didn’t eliminate his competition, it gave him a monopoly on the liquid soap market for an entire year, which was more than enough time to establish his brand and product as a mainstay for decades to come.

When we’re under pressure, it’s important to remember that every opportunity has its advantages. Instead of playing the same game as everyone else, play to your strengths. For Taylor, his strength was in his masterful understanding of what goes into making his products. That knowledge translated into him devising a spectacular plan that would give his business the time it needed to really make a name for itself.

When your ONE Thing involves a little competition, examine what you’re best at and where you can leverage those abilities to gain an edge.